Identifying Asteroids from Other Stars

Objects of interstellar origin in our own Solar System continue to draw attention. Comets from other stars like 2I/Borisov give us the chance to delve into the composition of different stellar systems, while the odd ‘Oumuamua still puzzles astronomers. Comet? Asteroid?

Now we have a paper from Fathi Namouni (Observatoire de la Côte d’Azur, France) and Maria Helena Morais (Universidade Estadual Paulista, Brazil) targeting what the duo believe to be a population of asteroids captured from other stars in the distant past. Published in Monthly Notices of the Royal Astronomical Society, the paper relies on a high-resolution statistical search for stable orbits, ‘unwinding’ these orbits back in time to explain the location of certain Centaurs, asteroids moving perpendicular to the orbital plane of the planets and other asteroids.

Centaurs, most of which do not occupy such extreme positions, are a population of asteroids moving between the outer planets in what have until now been considered unstable orbits. The ones Namouni and Morais focus on are not recent interstellar ‘interlopers’ like ‘Oumuamua and Borisov, but objects that may have been drawn into the Sun’s gravitational pull at a time when the Solar System was still in formation, some 4.5 billion years ago. In those days, the Sun would have been part of a star cluster, with many young stars in close proximity. The authors believe they can identify 19 asteroids that once orbited other stars and now orbit the Sun. 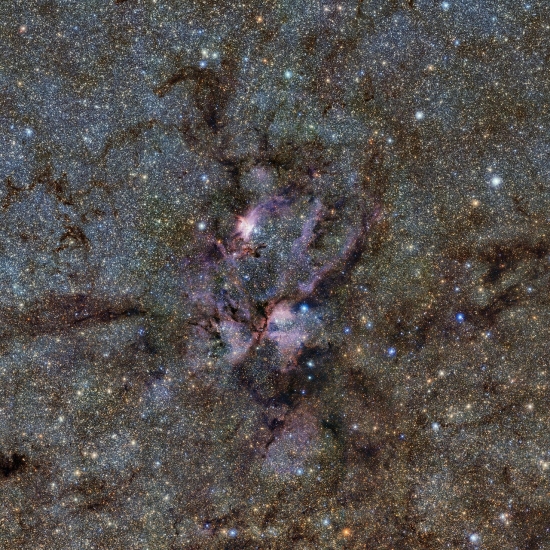 The authors delve into the dynamical evolution of Centaurs through statistical searches for stable orbits, to find out whether any could have survived from the days of the Solar System’s formation. In 2018, Namouni and Morais produced a paper using these methods that led to the identification of a retrograde co-orbital asteroid of Jupiter called (514107) Ka‘epaoka‘awela as an object of likely interstellar origin. The new study extends their simulations to the past orbits of 17 high-inclination Centaurs and two trans-Neptunian objects (2008 KV42 and (471325) 2011 KT19) with polar orbits. From the paper:

The statistical distributions show that their orbits were nearly polar 4.5 Gyr in the past, and were located in the scattered disc and inner Oort cloud regions. Early polar inclinations cannot be accounted for by current Solar System formation theory as the early planetesimal system must have been nearly flat in order to explain the low-inclination asteroid and Kuiper belts. Furthermore, the early scattered disc and inner Oort cloud regions are believed to have been devoid of Solar system material as the planetesimal disc could not have extended far beyond Neptune’s current orbit in order to halt the planet’s outward migration. The nearly polar orbits of high-inclination Centaurs 4.5 Gyr in the past therefore indicate their probable early capture from the interstellar medium.

The conclusion that these high-inclination Centaurs had polar inclinations at the time of the Solar System’s formation can be tested by further observations to firm up their orbits in comparison to the simulated results. It’s a natural leap from that possibility to the Sun’s birth cluster of stars, which would have supplied plentiful source material in the form of asteroids and comets available for capture. Thus the idea that all Centaurs are on unstable orbits is contradicted by 4.5 billion year orbits for high-inclination Centaurs, as well as some lower-inclination Centaurs like Chiron, which the authors also factored into their computations:

Either Chiron is an outlier that belonged to the planetesimal disc and whose cometary activity by some unknown mechanism increased its inclination far above the planetesimal disc’s mid-plane, or it could be itself of interstellar origin. Asteroid capture in the Sun’s birth cluster does not necessarily favour objects whose orbits have or evolve to polar or high-inclination retrograde motion (Hands et al. 2019). An astronomical illustration of the principle may be found in the distribution of the irregular satellites of the giant planets. Applying the high-resolution statistical stable orbit search to low-inclination Centaurs is likely to shed light on the possible common capture events that occurred in the early Solar system.

The paper is Namouni et al., “An Interstellar Origin for High-Inclination Centaurs,” Monthly Notices of the Royal Astronomical Society Volume 494, Issue 2 (May 2020), pp. 2191–2199. Abstract / preprint. And on the interesting question of Jupiter’s retrograde co-orbital asteroid and its possible interstellar origins, the paper is Namouni and Morais, “An interstellar origin for Jupiter’s retrograde co-orbital asteroid,” Monthly Notices of the Royal Astronomical Society: Letters 21 May 2018 (abstract).