My guess is that most people think of SETI as doing a ‘long stare’ at a given star, on the theory that it may take time to acquire a possible signal from an extraterrestrial civilization. But in reality observations take place over short time periods. The Mega-channel ExtraTerrestrial Assay, known by its acronym as META, led by Harvard’s Paul Horowitz and aided by The Planetary Society, could only devote a few minutes to any particular star.

The same was true of the follow-on BETA (Billion-channel Extraterrestrial Assay), while targeted searches like Phoenix, led by Jill Tarter and using facilities at Green Bank (West Virginia), the Parkes 64-meter dish in Australia and the 300 meter radio telescope at Arecibo, still observed targets for less than an hour. The problem with this is that there are numerous reasons why an extraterrestrial signal might be intermittent.

We’ve looked at this issue before, particularly in terms of ‘Benford beacons,’ as discussed by Greg and Jim Benford in these pages (see, for example, SETI: Figuring Out the Beacon Builders for an introduction to the discussion). 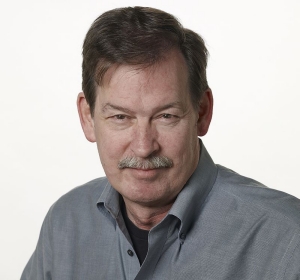 Robert Gray takes on the matter in a new paper in the International Journal of Astrobiology. Gray’s will be a familiar name to anyone tracking SETI closely, as the author of The Elusive Wow: Searching for Extraterrestrial Intelligence (Palmer Square Press, 2011) and the man most associated with the unusual reception at Ohio State’s ‘Big Ear’ observatory in 1977. The name comes from the ‘Wow!’ that radio astronomer Jerry Ehman inscribed on the computer printout of the event, which had characteristics of a genuine signal rather than noise..

Gray became fascinated with the signal when he learned about it several years after it was received. Since those days, he has led his own search for the signal, both with his own 12-foot dish and professional installations like the Harvard/Smithsonian META radio telescope at Harvard’s Oak Ridge Observatory as well as the Very Large Array in New Mexico. He would later extend the search to the Mount Pleasant Radio Observatory in Hobart, Tasmania. As you can see, Gray’s observations are the antithesis of the short dwell times that are the norm in SETI due to the desire to widen the search to as many stars as possible. The Wow! Signal has now had over 100 hours of follow-up, but no signals resembling the original one were ever detected.

What would happen if we could somehow extend SETI to long, fixed stares on high-interest stars? What Gray’s new paper points out is that signals that repeat at intervals of hours or more could be detected with such a capability, whereas current methods would be unlikely to find them. It’s interesting to speculate on why it might, in fact, be far more likely for signals to be intermittent than continuous. The Benfords have analyzed the issue in terms of cost, a thought Gray echoes in the paper by noting the power demanded by a continuous isotropic beacon.

Lower the duty cycle and the average power drain is sharply diminished, producing a possibly strong but intermittent signal. Thus a beacon might be operating at repetition rates that would be invisible to our current methods, as would directed transmissions, whether optical or radio, that targeted specific stars. We’ve wondered before in these pages about planetary radars like Arecibo, perhaps detectable at considerable distance, but appearing in an alien sky only momentarily as the signal swept by chance past the receiving apparatus. ETI’s astronomical community would be left with an interesting transient and no real hope of confirmation. 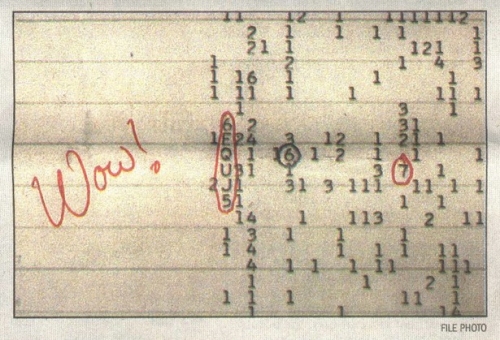 Here’s Gray on moving away from continuous isotropic broadcasting. I quote this passage because it places current SETI efforts in context:

…reducing the duty cycle to 1% could provide a 100-fold reduction in average power required, perhaps radiating for 1 s out of every 100 s. Searches observing targets for a matter of minutes might detect such signals, such as the Ohio State and META transit surveys which observed objects for 72 s and 120 s respectively, or Breakthrough Listen observing targets for three five minute periods…, or a targeted search such as Phoenix observing objects for 1,000 s in each of several spectral windows…, or the ATA observing for 30 minutes… Reducing duty cycle further yields further savings—for example a 10-4 duty cycle with a 104 reduction in average power might result in a 1 s signal every three hours, but most searches to date would be likely to miss such signals. Assuming longer signal duration does not help much; a 1-hour signal present every 100 or 10,000 hours would be very unlikely to be found by most current search strategies unless the population of such signals is large.

There are other ways of reducing transmission power that make sense, with repercussions for how SETI might detect them. And there are reasons for intermittency that go beyond broadcast strategies, all of which must be considered. Are there strategies that can help us here, given that our knowledge of signal duration — if indeed such signals exist — is nil? Gray suggests some possibilities that I want to look at tomorrow, as we continue to ponder intermittent signals and their possible reception.

Previous post: Trident: Keeping an Eye on the Triton Flyby