If all goes well (an often perilous assumption, as JWST so frequently reminds us), NASA’s Psyche mission to the intriguing asteroid of the same name will lift off in about two years. We’re now moving out of the design and planning stage into manufacturing the spacecraft hardware, this following a period of testing on the core engineering models that will deliver the spacecraft to its target in the main asteroid belt. The critical design review, a shakeout of the three science instruments and engineering subsystems, has just been passed with flying colors. 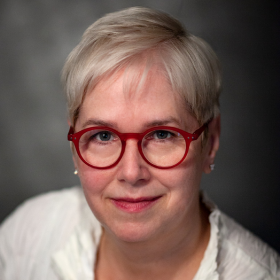 Principal investigator Lindy Elkins-Tanton (Arizona State University) calls the process “one of the most intense reviews a mission goes through in its entire life cycle.” True enough, as everything from telecommunications, power and propulsion must pass the test, not to mention the flight avionics and computing systems. We’re a long way past the digital blueprint stage, having followed it up with prototypes and engineering models of the science instruments and engineering subsystems, all performed before the flight hardware could be built.

“This is planning on steroids” said Elkins-Tanton. “And it includes trying to understand down to seven or eight levels of detail exactly how everything on the spacecraft has to work together to ensure we can measure our science, gather our data and send all the data back to Earth. The complexity is mind-boggling.”

So what’s next? Assembling and testing of the full spacecraft is to begin in February of 2021, with a deadline of April 2021 for each instrument to be delivered to the main clean room at the Jet Propulsion Laboratory. This is going to be a fascinating mission to watch from the technology standpoint, as it will involve a demonstration of the Deep Space Optical Communications system (DSOC), intended to improve communications performance by 10 to 100 times without corresponding increases in mass, volume or power.

We’re going to want to follow DSOC closely because of its deep space implications. The plan is to deploy advanced lasers in the near infrared, and a look through NASA materials on the project shows three technologies — a low-mass spacecraft pointing assembly; a flight laser transmitter; and a pair of photon-counting detector arrays — being integrated into the DSOC system, communicating with a ground-based receiver to enable efficient communications. All this by way of exploring a future that will one day demand high-definition imagery, live video feeds and real-time data transmission for long-duration missions to deep space.

So while it’s a demonstrator, DSOC is an important one, and the Psyche mission offers a test of the system’s ability to cull faint laser signals out of a noisy background. Beyond DSOC, engineers at Maxar Technologies in Palo Alto (CA) are building the main body of the spacecraft (the Solar Electric Propulsion Chassis), attaching propulsion tanks enroute to delivery early next year to JPL, followed not long after by the solar arrays critical to power the spacecraft’s systems.

The avionics subsystem is being built at JPL, where Psyche Project Manager Henry Stone notes:

“One of the things we pride ourselves on in these deep-space missions is the reliability of the hardware. The integrated system is so sophisticated that comprehensive testing is critical. You do robustness tests, stress tests, as much testing as you can – over and above. You want to expose and correct every problem and bug now. Because after launch, you cannot go fix the hardware.”

Imagine having a job where you can talk about your involvement in multiple deep space missions, the kind of thing that makes me wish for a quick rejuvenation and a new career doing exactly that at places like JPL. And then to watch the mission fly… Psyche is to launch in August of 2022, with a Mars gravity assist in May of 2023 and arrival at Psyche in 2026. 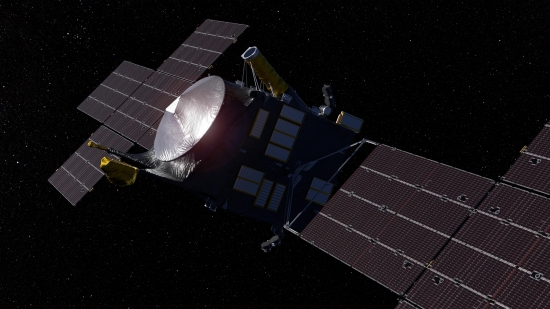 Image: This artist’s concept, updated as of June 2020, depicts NASA’s Psyche spacecraft. Set to launch in August 2022, the Psyche mission will explore a metal-rich asteroid of the same name that lies in the main asteroid belt between Mars and Jupiter. The spacecraft will arrive in early 2026 and orbit the asteroid for nearly two years to investigate its composition. Credit: NASA/JPL-Caltech/ASU/Peter Rubin.

What an interesting destination we’re dealing with. Psyche is made up mostly of iron and nickel, making it much like Earth’s core, so we may be looking at the stripped core of a differentiated planetesimal, unless the asteroid formed as a body rich in iron. If its mantle was stripped away, when did that occur, and how? Exactly how will this asteroid compare to known stony, icy objects we’ve visited? We can’t see planetary cores, but Psyche may give us a look into a planetesimal core from the era of collisions and accretion that produced the terrestrial planets.

The spacecraft will fly with a magnetometer to measure the asteroid’s magnetic field, along with a multispectral imager to collect images and data about the object’s composition and topography. Spectrometers will analyze the surface to determine its chemical abundances. The propulsion system is an electric hall thruster using xenon as the propellant. ATLO is next — Assembly, Test and Launch Operations — all beginning in February of next year. Love those NASA acronyms!

Next post: Spin-Orbit Alignment: A Lesson from Beta Pictoris?