Across the ‘Jupiter Gap’

A great part of the excitement of scientific discovery is not knowing what will emerge when you take data. Our space missions have proven that time and again, and I have no doubt that as we tighten the resolution on future telescopes, we’ll find things that defy many an accepted theory. NASA’s Stardust mission reflects the phenomenon. Designed as a comet sample return, Stardust is now providing information about the migration of materials in the primordial Solar System, which may point toward a phenomenon more widespread than earlier believed.

Thus the work of Devin Schrader and Jemma Davidson (University of Arizona Center for Meteorite Studies). Working with colleagues at the Smithsonian Institution’s National Museum of Natural History, the University of Hawaiʻi at Mānoa, Washington University in St. Louis, and Harvard University, the duo have produced evidence that at least fragmentary materials in the inner Solar System crossed what is often called the ‘Jupiter Gap’ and moved much further from the Sun. The Stardust samples produced evidence for the kind of migration that the authors then followed up by analyzing numerous samples of early chondrite meteorites.

“This research provides new information about the dynamics of the early Solar System. Our research shows that these two reservoirs were not completely isolated from one another.” 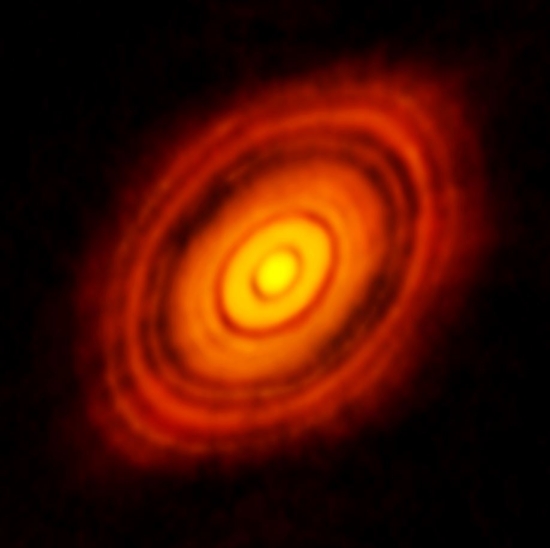 The so-called Jupiter Gap should be examined within the context of current theories of gas giant formation. A gas giant core of between 5 and 10 Earth masses likely formed about 1 million years into the growth of the new system, soon drawing in a dense atmospheric envelope. The gravitational influence of this world would be sufficient to create a gap in the disk of gas and dust around the Sun out of which the planets we see today emerged. The idea that material might somehow cross this divide to move from one disk reservoir to another seemed unlikely.

But the matter demanded exploration because the degree to which such mixing occurs in protoplanetary disks is unresolved, and the nature of the chemical and physical structure of the resulting system depends on it. It’s a complicated analysis, one in which scientists must plug in the conservation of angular momentum as they study the migration of tiny particles, the role played by the pressure of the gases involved and the drag within them, and the effects of whatever planetesimals and larger objects begin to emerge from the mix.

The idea of a Jupiter Gap emerged out of modeling of these factors in various studies in the literature, and it combines with analyses of the calcium- and aluminum-rich inclusions in chondrites, with the prediction that while smaller particles (less than 300 μm) could pass through the gap, larger particles would be blocked. And thus we would have differences in the isotopes found in meteorites formed in the inner system (non-carbonaceous) and those that formed in the outer system (carbonaceous chondrites) up to 4 million years after the system’s birth. 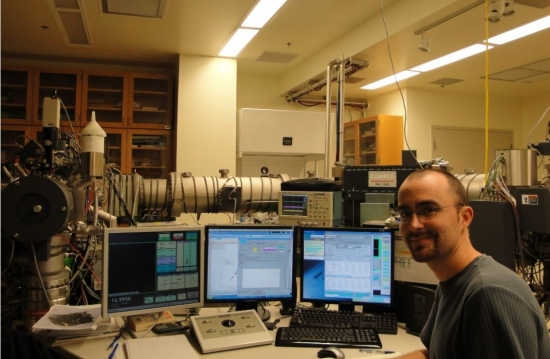 Samples of both are fortunately abundant at the various institutions involved in Schrader and Davidson’s work. The scientists deployed electron probe microanalyzers for imagery and analysis of individual minerals and a secondary ion mass spectrometer to analyze the isotopic composition of the samples. The round grains known as chondrules found in chondrites as part of their earliest formation, particularly those that were only partially melted during formation (‘relict grains’) provide evidence of chondrite formation and early transport within the disk.

The population of chondrites is fortunately varied enough to make fine distinctions among them by measuring the chemical and oxygen isotope compositions of relict grains in their chondrules, allowing the authors to differentiate between their origins and discuss disk transport within the first 4 million years of the Solar System’s formation. The mixing between inner and outer Solar System, occurring despite the Jupiter Gap, seems to have been complex and widespread. It will be interesting to see what analysis of asteroid samples from Hayabusa2 and OSIRIS-REx, both expected within the next several years, may yield in support or refutation of this theory.