What If SETI Finds Something, Then What?

Beyond its immediate cultural and philosophical implications, the reception of a signal from another civilization will call for analysis across all academic disciplines as we try to make sense of it. Herewith a proposal for an Interstellar Communication Relay, both data repository and distribution system designed to apply worldwide resources to the problem. Author Brian McConnell is an American computer engineer who has written three technical books, two about SETI (the search for extraterrestrial intelligence), and one about electric propulsion systems for spacecraft. The latter, A Design for a Reusable Water-Based Spacecraft Known as the Spacecoach (Springer, 2015) has been the subject of extensive discussion on Centauri Dreams (see, for example, Brian’s A Stagecoach to the Stars, and Alex Tolley’s Spaceward Ho!). Brian has also published numerous peer reviewed scientific papers and book chapters related to SETI, and is an expert on interstellar communication systems and on translation technology. His new paper on the matter is just out. 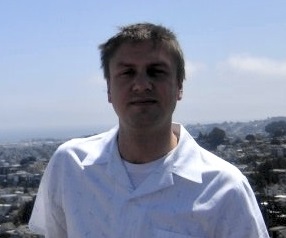 SETI organizations understandably focus most of their efforts on the initial step of detecting and vetting candidate signals. This work mostly involves astronomers and signal processing experts, and as such involves a fairly small group of subject matter experts.

But what if SETI succeeds in discovering an information bearing signal from another civilization? The process of analyzing and comprehending the information encoded in an extraterrestrial signal will involve a much broader community. Anyone with a computer and a hypothesis to test will be able to participate in this effort. I would wager that the most important insights will come from people who are not presently involved in SETI research. What will that process look like?

The first step following the detection of an extraterrestrial signal will be to determine if the signal is modulated to transmit information. Let’s consider the case of a pulsed laser signal that optical SETI (OSETI) instruments look for. This type of signal consists of a laser that emits very bright but very short pulses on nanosecond time scales. By transmitting very short pulses, the laser can outshine its background star while it is active, and without requiring excessive amounts of energy. OSETI detectors work by counting individual photons as they arrive. Photons from the background star will be randomly distributed over time, while the pulsed signal’s photos will arrive in tight clusters.

This type of signal can be modulated to transmit information in several ways. The duration of each pulse can be altered, as can the time interval between pulses. The transmitter can also transmit on several different wavelengths (colors) to further increase the data rate of the combined signal.

This type of modulation will be easy to see with currently deployed OSETI detectors, so it is possible that in the case of an OSETI detection, we would also be able to extract data from the signal right away.

How much information can be encoded in an OSETI signal that is also designed to be easy to detect? We can calculate the transmission rate as follows.

Let’s work an example as follows. The signal has 20 distinct color channels and chirps on average about ten times per second. Each pulse can have a duration of 1, 2, 3 or 4 nanoseconds, and so it encodes two bits of information in the pulse width. The interval between pulses can have 256 unique values, and so it encodes 8 bits of information in the pulse interval. Plugging these numbers into the equation, we get 2,000 bits per second. While this is glacially slow compared to high speed internet connections, this works out to 172 megabits of data per day, or 21.6 megabytes per day. At this rate, the sender could transmit several thousand high resolution images per year.

The Interstellar Communication Relay, described in a recently published paper in the International Journal of Astrobiology, is a system that will be deployed in the event of a detection of an information bearing signal. It is modeled off the Deep Space Network, although it will be much less expensive to build and operate, as it will use virtualized / cloud based computing and data transfer services. The ICR will enable millions of amateur and professional researchers worldwide to obtain data extracted from an ET signal, and to participate in the analysis and comprehension effort that will follow the initial detection.

What type of information might we encounter in an alien transmission? This is anyone’s guess, and that is why it will be important to have a broad range of people and expertise represented in the message analysis and comprehension effort. Anything that can be represented in a digital format could potentially be included in a transmission.

Let’s consider images. A civilization that is capable of interstellar communication will, by definition, be proficient at astronomy and photography. Images are trivially easy to encode in a digital communication channel. Images are an interesting medium because they are easy to encode, and can represent objects and scenes on microscopic to cosmological scales. Certain types of images, such as planetary images, will be especially easy to recognize, and can be used to calibrate the decoding process on the receiver’s end.

The bitstream below is an example of what an undecoded image might look like in a raw binary stream. The receiver only needs to guess the number of pixels per row to see the image in its correct aspect ratio. This image is encoded with nine bits per pixel, with the nine bits arranged in 3×3 cells, so the undecoded image appears in its correct aspect ratio. Even before the image is decoded, it is obvious that it depicts a spheroid object against a black background, which is what a planetary image will look like, 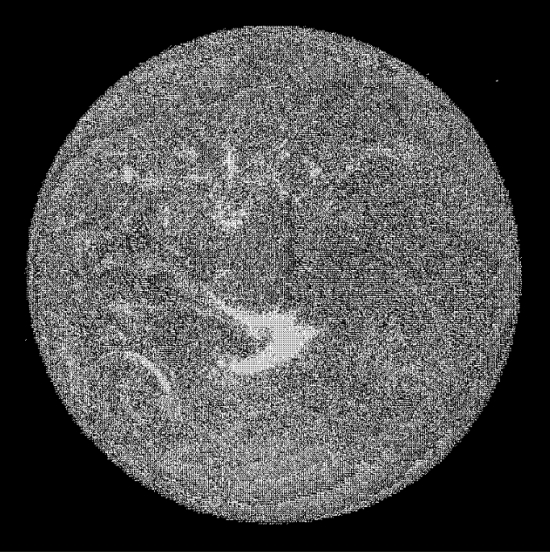 The receiver only needs to work through a small number of parameters to decode the image successfully, and once they have learned the transmitter’s preferred encoding scheme(s), they will be able to decode arbitrarily complex images. Because planetary images have well understood properties, the receiver can also use these to calibrate the decoding algorithm, for example to implement non-linear brightness encodings. 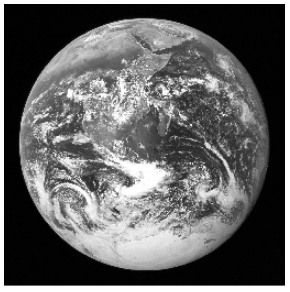 Image: The bitstream above decoded as a grayscale (monochrome) image. Credit: NASA / Apollo 17.

What about color? Color is a physical property that will be well understood by any astronomically literate civilization. The sender can assist the receiver in decoding photographs with multiple color channels by sending photographs of mutually observable objects such as nebulae. 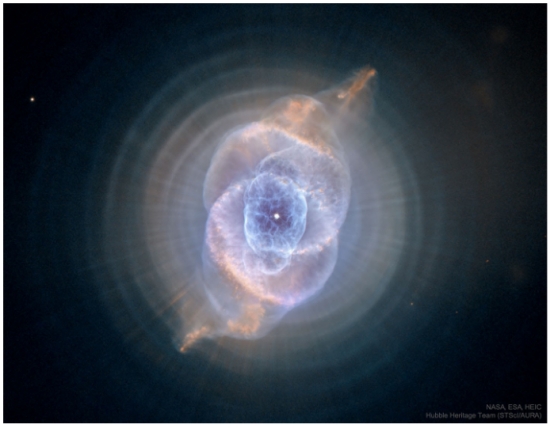 Image: Combining these color channels yields the following image. A receiver can work out which color channels were used in an image by combining them and comparing the output against images they have taken of the same object.

Images are a good example of observables. Observables, such as images and audio, are straightforward to encode digitally. Communicating qualia, internal experiences, may be quite difficult or impossible due to the lack of shared senses and experiences, but it will be possible to communicate quite a bit through observables which, in and of themselves, may be quite interesting. Photographs from another inhabited world would surely captivate scientists and the general public.

Computer programs or algorithms are another type of information to be on the watch for. Computer programs will be useful in interstellar communication for a number of reasons. The sender can describe an interpreted programming language using a small collection of math and logic symbols. While this foundation can be quite simple, with about a dozen elemental symbols, the programs written in this language can be arbitrarily complex and possibly even intelligent.

An algorithmic communication system will have a number of advantages over static content. The programs can interact with their receivers in real-time, and thus eliminate the long delays associated with two-way communication across interstellar distances. Algorithms can also make the communication link itself more reliable, for example by implementing robust forward error correction and compression algorithms that both boost the information carrying capacity of the link, and allow transmission errors to be detected and corrected without requesting retransmission of data.

Take images as an example. Lossy compression algorithms, similar to the JPEG format, can reduce the amount of information needed to encode an image by a factor of 10:1 or more. Order of magnitude improvements like this will favor the use of algorithmic systems compared to static, uncompressed data.

These are just a couple of examples of the types of information we should be on the watch for, but the range of possible information types we may encounter is much greater than that. That’s why it will be important to draw in people representing many different areas of expertise to evaluate and understand the information conveyed by an ET signal.