So often a discovery sets off a follow-up study that strikes me as even more significant in practical terms. This is not for a moment to downplay the accomplishment of Andrew Vanderburg (University of Wisconsin – Madison) and team that discovered a planet in close orbit around a white dwarf. This is the first time we’ve found a planet that has survived its star’s red giant phase and remains in orbit around the remnant, and quite a tight orbit at that. Previously, we’ve had good evidence only of atmospheric pollution in such stars, indicating infalling material from possible asteroids or other objects during the primary’s cataclysmic re-configuration.

The white dwarf planet, found via data gathered from TESS (Transiting Exoplanet Survey Satellite) and the Spitzer Space Telescope, makes for quite a discovery. But coming out of this work, I also love the idea of studying such a world with tools we’re likely to have soon, such as the James Webb Space Telescope, and on that score, Lisa Kaltenegger (Carl Sagan Institute, Cornell University), working with Ryan MacDonald and including Vanderburg in the team, have shown us how JWST can identify chemical signatures in the atmospheres of possible Earth-like planets around white dwarf stars. Assuming we find such, and I suspect we will.

The planet at the white dwarf WD 1856+534 is anything but Earth-like. It’s running around the star every 34 hours, which means it’s on a pace 60 times faster than Mercury orbits the Sun. The planet here is also the size of Jupiter, and what a system we’ve uncovered — the new world orbits a star that is itself only 40 percent larger than Earth (imagine the transit depth possible with white dwarfs transited by a gas giant!) In this planetary system, the planet we’ve detected is about deven times larger than its primary. Says Vanderburg:

“WD 1856 b somehow got very close to its white dwarf and managed to stay in one piece. The white dwarf creation process destroys nearby planets, and anything that later gets too close is usually torn apart by the star’s immense gravity. We still have many questions about how WD 1856 b arrived at its current location without meeting one of those fates.” 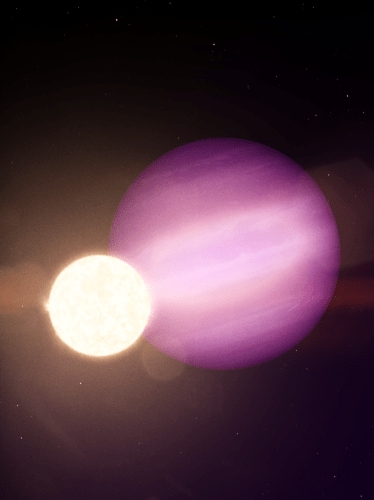 So on the immediate question of WD 1856 b, let’s note that we have a serious issue with explaining how the planet got to be this close to the white dwarf in the first place. White dwarfs form when stars like the Sun swell into red giant status as they run out of fuel, a phase in which 80 percent of the star’s mass is ejected, leaving a hot core — the white dwarf — behind. Anything on relatively close orbit would be presumably swallowed up in the stellar expansion phase.

Which is why Vanderburg’s team believes the planet probably formed fully 50 times farther away from its present location, later moving inward perhaps through interactions with other large bodies close to the planet’s original orbit, with its orbit circularizing as tidal forces dissipated. Such instabilities could bring a planet inward, as could other scenarios involving the red dwarfs G229-20 A and B in this triple star system, although the paper plays down this idea, as well as the notion of a rogue star acting as a perturber. Other Jupiter-like planets, presumably long gone, seem to be the best bet to explain this configuration.

…a more probable formation history is that WD 1856 b was a planet that underwent dynamical instability. It is well established that when stars evolve into white dwarfs, their previously stable planetary systems can undergo violent dynamical interactions that excite high orbital eccentricities. We have confirmed with our own simulations that WD 1856 b-like objects in multi-planet systems can be thrown onto orbits with very close periastron distances. If WD 1856 b were on such an orbit, the orbital energy would have rapidly dissipated, owing to tides raised on the planet by the white dwarf. The final state of minimum energy would be a circular, short-period orbit. The advanced age of WD 1856 (around 5.85 Gyr) gives plenty of time for these relatively slow (of the order of Gyr) dynamical processes to take place. In this case, it is no coincidence that WD 1856 is one of the oldest white dwarfs observed by TESS.

Did you catch that reference to the white dwarf’s age? The 5.85 billion year frame gives ample opportunity for such orbital adjustments to take place, winding up with the observed orbit. Or perhaps we’re dealing with interactions with a debris disk around the star, as co-author Stephen Kane (UC-Riverside, and a member of the TESS science team) hypothesizes:

“In this case, it’s possible that a debris disc could have formed from ejected material as the star changed from red giant to white dwarf. Or, on a more cannibalistic note, the disc could have formed from the debris of other planets that were torn apart by powerful gravitational tides from the white dwarf. The disc itself may have long since dissipated.”

But back to Lisa Kaltenegger, lead author of a paper in Astrophysical Journal Letters probing whether an exposed stellar core — a white dwarf — would be workable as a target for the JWST, in which case we would like to look at planetary atmospheres to probe for the possibility of biosignatures. Here the news is good, for Kaltenegger believes that such detections would be possible, assuming rocky planets exist around these stars. WD 1856 b gives hope that such a world could exist in the white dwarf’s habitable zone for a period longer than the time it took for life to develop on Earth. The implications are intriguing:

“What if the death of the star is not the end for life?” Kaltenegger said. “Could life go on, even once our sun has died? Signs of life on planets orbiting white dwarfs would not only show the incredible tenacity of life, but perhaps also a glimpse into our future.” 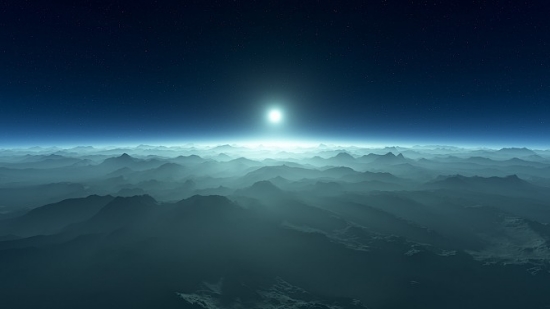 The Kaltenegger team used methods developed to study gas giant atmospheres and combined them with computer models configured to apply the technique to small, rocky white dwarf planets. The researchers found that JWST, when observing an Earth-class planet around a white dwarf, could detect carbon dioxide and water with data from as few as 5 transits. According to co-lead author Ryan MacDonald, it would take a scant two days of observing time with JWST to probe for the classic biosignature gases ozone and methane. Adds MacDonald:

“We know now that giant planets can exist around white dwarfs, and evidence stretches back over 100 years showing rocky material polluting light from white dwarfs. There are certainly small rocks in white dwarf systems. It’s a logical leap to imagine a rocky planet like the Earth orbiting a white dwarf.”

So we have a possible target we’ll want to add into the exoplanet mix when it comes to nearby white dwarf systems. WD 1856 is about 80 light years out in the direction of Draco. The white dwarf formed over 5 billion years ago, as noted in the paper, but the age of the original Sun-like star may take us back as much as 10 billion years. The post red giant phase allows plenty of time for orbital adjustment, drawing rocky worlds inward and circularizing their orbit. Will we find such planets in this setting in the near future? The hunt for such will surely intensify.

Previous post: SETI and Altruism: A Dialogue with Keith Cooper