Peter Coles, who is a professor of theoretical physics at Maynooth University in Ireland, tells an anecdote about John Barrow, who died recently at the age of 67. Barrow had been Coles’ thesis supervisor and a profound influence on his work as well as a good friend. As Coles tells it in his In the Dark blog, Barrow had an engaging and sometimes slightly morbid sense of humor, dry enough to tease out the ironies abundant in life’s accomplishments. Thus his reaction to being made a Fellow of the Royal Society, which was to point out in an email that his joy was tempered by having received as his first communication from the Society not only a fat bill for his subscription, but also a form upon which to enter the details of his future obituary.

How saddening that Barrow’s obituary materials had to be put to use so soon. The man was 67, felled by cancer. As Coles notes, he was “one of cosmology’s brightest lights.” I can glance across my office to the nearest of many bookshelves where I see various Barrow titles, including of course The Anthropic Cosmological Principle (Oxford University Press, 1986) and The Left Hand of Creation (Oxford, 1983), the latter of which was my introduction to Barrow and the reason I snapped up the former. Along the way, Barrow produced numerous popular science titles and, of course, hundreds of papers in the journals. 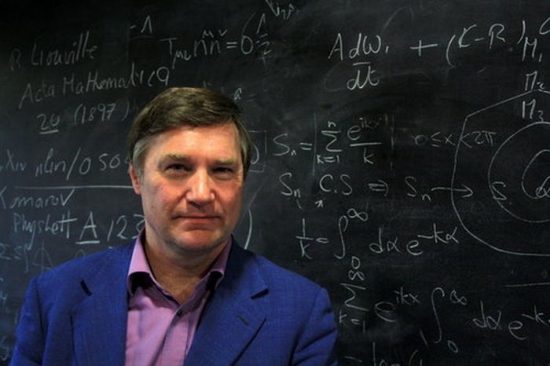 You can learn an extraordinary amount of physics from reading (and re-reading) The Anthropic Cosmological Principle, which Barrow wrote with Frank Tipler, and while theoretical astrophysics dominates the tome, you’ll come out of it steeped not only in cosmology but also philosophy and the history of ideas, from Johann Fichte to Henri Bergson, with a healthy dose of Teilhard de Chardin. None of that means you have to buy into anthropic cosmological principles in the way Barrow and Tipler framed their consequences, although the case is made with vigor and verve. The book is a treasure house of accumulated ideas; the reader can move among them learning, questioning, arguing. I wish I had had the chance to talk to Barrow, preferably over a leisurely dinner, for he was both a raconteur and a wit who spoke with a polymath’s elegance.

As to the anthropic cosmological principle, let’s say that parts of it are self-evident though sometimes productive. Drawing on Brandon Carter, the authors laid out the fact that the physical constants we study in the cosmos have to be such that life can exist within the universe they support. But let me quote Ethan Siegel’s recent piece on anthropic matters, as he’ll say it better. Two forms of the principle emerge in The Anthropic Cosmological Principle:

2) The Universe must have those properties which allow life to develop within it at some stage in history.

All of which seems self-evident until you absorb the implication in the second item: A universe without life is not allowed. Now we’re in the realm of teleology, making this take on the principle controversial, to say the least. To push the pedal down all the way, Barrow and Tipler introduce a Final Anthropic Principle (FAP) which points to the necessity for information processing to emerge and insists that once present, it will never disappear. Tipler would take these ideas and run with them in his own The Physics of Immortality (Doubleday, 1994). Martin Gardner was less impressed, calling the notion of an ‘Omega Point’ the Completely Ridiculous Anthropic Principle (CRAP). I would say it is entertaining metaphysics and leave it at that.

But the weak anthropic principle still resonates. Paul Davies calls it “a familiar part of the theorist’s arsenal” and Siegel discusses its use in Stephen Weinberg’s 1987 calculation of the energy density of empty space, which must be at least 118 orders of magnitude smaller than what scientists had derived from quantum field theory or we would not be here to calculate it (measurements now indicate the actual figure is 120 orders of magnitude smaller). How it can be used and sometimes abused is, in fact, the subject of the Siegel essay I referenced above. I’m not comfortable enough going through the intellectual thickets here to say more. I always wanted to ask Barrow about his current thinking on the matter to satisfy my questions, though as fate would have it, I never had the chance to meet the man.

The inspirational cosmologist John Barrow died at his Cambridge home yesterday, aged 67.He was a polymath — engaging with philosophy and history, as well as science — and internationally influential through books and lectures. His terminal illness came decades too soon.

What appealed about the dinner idea was Barrow’s interest in wine and cuisine. In the course of my checkered career, I labored as a wine critic and restaurant reviewer for a local paper, and the thought of engaging this wide-ranging intellect on issues ranging from early music to the fine structure constant while sipping, say, a Vosne-Romanée (I would have pulled out all the stops for Barrow!) was enticing. But I have to read the reminiscences of others to reinforce my sense of the man. Paul Davies’ has noted his sartorial elegance (all those trips to Italy), his quick wit, his grasp of literature and the visual arts. Much of which I had more or less inferred from his books.

I mention Italy because Barrow loved the country and I learned from Davies that his stage play Infinities saw its premiere in Milan (it went on to win the Italian Premi Ubu award for the best play in Italian theatre in 2002), and it was consoling to find out that Barrow and his wife Elizabeth had made one last trip there no more than weeks before he died. While we of course remember him here as a scientist, and an extraordinarily influential one at that, style manifests itself in many ways, from the elegance of a new suit to the figures on a physicist’s chalkboard. On his defining intellectual style, let’s turn back to Davies:

More recently, Barrow was interested in the possibility that the fine-structure constant—an unexplained number that describes the strength of the electromagnetic force—might not be constant at all but rather vary over cosmological scales. He produced a theoretical basis for incorporating such a phenomenon in physical law while also remaining open-minded on the observational evidence. His adventurous choices of research problems typified Barrow’s intellectual style, which was to challenge the hidden assumptions underpinning cherished mainstream theories. Fundamental problems in physics and cosmology may appear intractable, he reasoned, because we are thinking about them the wrong way. It was a mode of thought that resonated with many colleagues, this writer included, who are drawn to reflect on the deepest questions of existence.

Indeed, Davies’ many books display the kind of intellectual bandwidth that Barrow tapped so effortlessly, and which is on display in Barrow’s numerous books. He wrote, both in his professional work and his popular science titles, with a crisp, unaffected clarity. I appreciated, as I do with Davies, his willingness to engage with the public, to whom he communicated an obvious joy in the acquiring of knowledge. That’s quite a range, to move from analysis of the early universe and the nature of its physical constants to the reader on the underground, riding home from a harried day with book in lap explaining how mathematics gives shape to the cosmos. How cosmologists slide from the micro to the macro scale will always astonish me.

But practicality has played a hand in this. Go back to the early 1980s and consider, as Barrow often did, the changes that have occurred in how we communicate science. Public discourse on their research and its consequences was relatively rare among researchers until more recent times, when university science departments began to determinedly reach out not only for new students but for the visibility that attracts good faculty. Barrow would win the Royal Society’s Michael Faraday Prize for excellence in communicating science to UK audiences, a subject he further embraced through his involvement as director of the Millennium Mathematics Project, which seeks to spread mathematical skills broadly outside the boundaries of the academy. The latter seems to have inspired his 100 Essential Things You Didn’t Know You Didn’t Know About Maths and the Arts (Bodley Head, 2014), a series of short riffs on the subject. 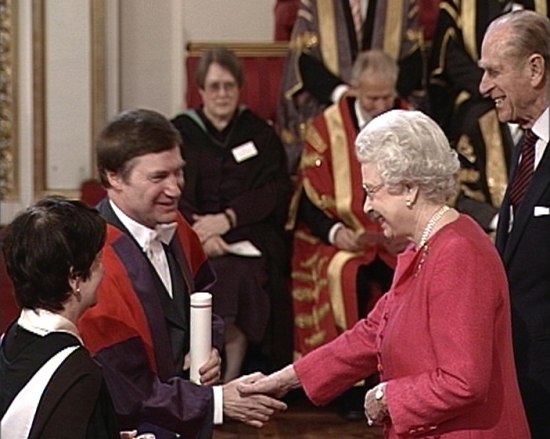 Barrow could never have been accused of being a blinkered academic. Even so, he would write over 500 research papers in astrophysics and cosmology, much of the time asking how astronomical observations could inform our understanding of fundamental physics. I’ve mentioned the fine-structure constant and the possibility of variation in earlier cosmological epochs. But he also explored cosmic inflation and probed extremes of nature, the singularities suggested by the nature of the Big Bang. His honors and awards are too numerous to list in the space of this article. His over 20 books have been translated into 28 languages.

What a fine spirit he inspired in those around him. I caught that sense of quest and possibility early, from The Left Hand of Creation, which Barrow wrote with Joseph Silk. The book’s final paragraph is worth quoting:

Could there be any shortcuts to the answers to the cosmological questions? There are some who foolishly desire contact with advanced extraterrestrials in order that we might painlessly discover the secrets of the universe secondhand and prematurely extend our understanding. Such a civilization would surely resemble a child who receives as a gift a collection of completed crossword puzzles. The human search for the structure of the universe is more important than finding it because it motivates the creative power of the human imagination. About 50 years ago a group of eminent cosmologists were asked what single question they would ask of an infallible oracle who could answer them with only yes or no. When his opportunity came, Georges Lemaître made the wisest choice. He said, “I would ask the Oracle not to answer in order that a subsequent generation would not be deprived of the pleasure of searching for and finding the solution.”

Dinner with Barrow would have been just the ticket. A toast, then, to the man who said “A universe simple enough to be understood is too simple to produce a mind capable of understanding it.” Here’s to a universe of complexity so rich that it could inspire the life of such a man.

Next post: TOI-1266: Confirming Two Planets around a Red Dwarf