Seeing Earth as a Transiting World

Taking advantage of the fact that most major bodies in our Solar System orbit in roughly the same plane around the Sun, Cornell’s Lisa Kaltenegger, working with Joshua Pepper (Lehigh University), has gone on to ponder the implications of the ecliptic plane, traced out as the plane of Earth’s orbit around the Sun, for exoplanet studies. We’re in the realm of transit detection here, because what the authors want to know is not what we see on the ecliptic so much as what extraterrestrial observers would see if they were on the same plane. Says Kaltenegger:

“Let’s reverse the viewpoint to that of other stars and ask from which vantage point other observers could find Earth as a transiting planet. If observers were out there searching, they would be able to see signs of a biosphere in the atmosphere of our Pale Blue Dot, And we can even see some of the brightest of these stars in our night sky without binoculars or telescopes.” 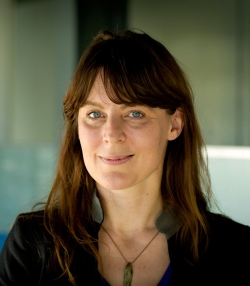 Kaltenegger is director of Cornell’s Carl Sagan Institute and she takes a Saganesque perspective: What nearby stars exist that would see Earth as a transiting exoplanet? It’s a question with SETI potential because another civilization detecting biosignatures on Earth might conceivably target us for deliberate broadcasts. The paper defines an Earth Transit Zone (ETZ), that region from which the Earth could be seen transiting the Sun. It is a thin strip around the ecliptic as projected onto the sky, with a width of 0.528°.

This is a region of the search space that has seen recent attention as the quality of our catalogs improves. A 2016 paper by René Heller and Ralph Pudritz had identified a slightly narrower ‘restricted’ ETZ defining a region where exo-astronomers would see Earth transit for more than 10 hours, finding 82 stars within 1000 parsecs (3260 light years) in this zone. Heller and Pudritz used Hipparcos data and extrapolated their result to estimate that about 500 stars should exist in that region, while a later paper by Robert Wells found roughly twice that number (citations below).

Mindful of the limitations of the datasets used in these studies, Kaltenegger and Pepper take advantage of the more precise measurements of stellar distance now available through the Gaia mission’s Data Release 2 (DR2), while excluding evolved stars and those with poorly measured distances. The authors note that one particular advantage of the Gaia data is the measurement of parallax distances to fainter, late-type dwarf stars. They operate with a focus on main sequence stars as the best targets to search for biosignatures. Also in play here is the TESS Input Catalog version 8, used by TESS scientists to select target stars, which provides stellar distances, effective temperatures and approximate luminosity.

Out of this Kaltenegger and Pepper identify 1004 main sequence stars within 100 parsecs (326 light years) that would see Earth as a transiting planet. Two of these are known from the K2 mission to be exoplanet hosts. If Earth-size planets in the habitable zone occurred at a rate of 10 percent, this would lead to roughly 100 Earth-class planets in the habitable zone capable of observing a transiting Earth, although the authors are quick to note that estimates of the occurrence rate of such planets range widely and depend upon how habitable zone limits are chosen. We are also early in the game — how complete are our catalogs, and what are we not detecting?

“Only a very small fraction of exoplanets will just happen to be randomly aligned with our line of sight so we can see them transit.” Pepper adds. ”But all of the thousand stars we identified in our paper in the solar neighborhood could see our Earth transit the sun, calling their attention.”

Animation: Cornell astronomer Lisa Kaltenegger and Lehigh University’s Joshua Pepper have identified 1,004 main-sequence stars – similar to our Sun – that might contain Earth-like planets in their own habitable zones within about 300 light-years of here, which should be able to detect Earth’s chemical traces of life. Credit: John Munson/Cornell University.

The closest star in the ETZ is found to be 28 light years from the Sun. The bulk of the sample consists of red dwarf stars. 12 percent are K stars; 6 percent G-class stars like the Sun; 4 percent are F stars and 1 percent A-class stars. Breakthrough Listen is already searching the ETZ, and the paper notes that TESS is to begin searching for transiting planets in the ecliptic next year, so the list generated here provides a helpful set of targets.

This interesting note on stellar motion ends the paper, reminding us how mutable is our view of the heavens:

For the closest stars, their high proper motion can move them into and out of the vantage point of seeing our Earth block the light from our Sun in hundreds of years: For example, Teergarden’s star – which hosts two known non-transiting Earth-mass planets – will enter the ETZ in 2044 and be able to observe a transiting Earth for more than 450 yr (Zechmeister et al. 2019) before leaving the ETZ vantage point.

Thus, the stars which could have seen Earth when life started to evolve are a different set to the ones which can spot signs of life on our planet now compared to those which will see it transit in the far future: Therefore, our list presents a dynamic set of our closest neighbours, which currently occupy a geometric position, where Earth’s transit could call their attention.