The days when scientists assumed our Solar System would be something of a template for planetary systems elsewhere are long past. The issue now is to delve deeper into system architectures to figure out what happens in their infancy and how they evolve. Working backward from today’s Solar System is one way to approach the problem. Thus Matt Clement (Carnegie Institution for Science), who has led a recent study into the formation of Jupiter and Saturn, hoping to determine how they wound up in their present orbits. Says Clement:

“We now know that there are thousands of planetary systems in our Milky Way galaxy alone. But it turns out that the arrangement of planets in our own Solar System is highly unusual, so we are using models to reverse engineer and replicate its formative processes. This is a bit like trying to figure out what happened in a car crash after the fact–how fast were the cars going, in what directions, and so on.” 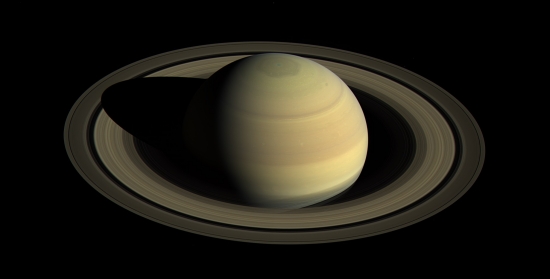 As you would imagine, work like this involves numerous computer simulations, some 6,000 of which are described in the paper in Icarus. The Solar System we were born into emerges in these simulations from conditions that were markedly dissimilar in the early days of planet formation, when the larger bodies in the system began to spring gravitational surprises on a tidy early arrangement, with a re-shuffling that gave shape to today’s orbital stability.

Our models for how all this happened are now being tweaked, as exemplified by Clement and team’s work. Whereas Jupiter was once believed to orbit the Sun three times for every two orbits completed by Saturn — this has evolved within the ‘Nice Model’ of system formation — the new computer simulations show that the arrangement of planets we have today is better produced by starting with a ratio of two Jupiter orbits to one Saturn orbit.

As the authors put it, “adequately exciting Jupiter’s eccentricity without exceeding Jupiter and Saturn’s modern orbital spacing is extremely challenging.” The Nice Model (named after the city in France, where it was originally developed at the Observatoire de la Côte d’Azur) considers the migration of the giant planets after the dissipation of the early protoplanetary disk. Clement’s simulations show the effect of the Kuiper Belt on the positions of Uranus and Neptune, with signs of an early ice giant that was ejected during the roiling period of system formation. 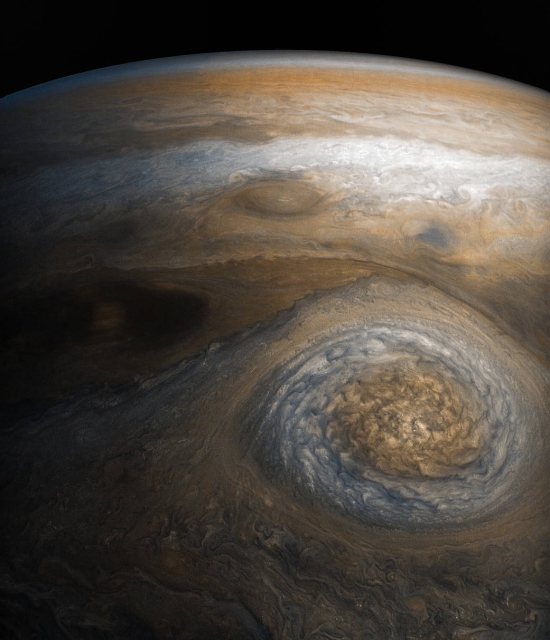 Image: Jupiter in its infancy was thought to orbit the Sun three times for every two orbits that Saturn completed. But this arrangement is not able to satisfactorily explain the configuration of the giant planets that we see today. Matt Clement and his co-authors showed that a ratio of two Jupiter orbits to one Saturnian orbit more consistently produced results that look like our familiar planetary architecture. Credit: NASA.

In the Nice Model, the planets emerge from the protoplanetary disk in a compact, resonant configuration, with subsequent perturbations breaking the resonance of one or more planets, creating a phase of dynamical instability that reshapes the outer Solar System. The Nice Model is widely accepted in the field because of its ability to predict the orbital shape of the Kuiper Belt and main asteroid belt, and properties of some gas giant moons.

The Nice Model seems strong, and as the paper points out, its simulations replicate the capture of irregular moons in the outer Solar System and allow the survival of the asteroid belt while explaining the trojan asteroids. As the authors go on to say, “A major potential pitfall of the primordial 2:1 version of the Nice Model presented in this manuscript is its effects on the asteroid belt and terrestrial-forming regions.”

Hence the need to investigate the consequences of the proposed scenario on the inner Solar System. But the paper discusses the problems resolved by assuming an initial 2:1 resonance. The authors acknowledge that some aspects of the system’s present architecture are still low-probability outcomes. A major issue is eccentricity. Were the gas giants actually born in a 2:1 resonance and in orbits that were at origin somewhat eccentric?

That scenario, described as “somewhat of a paradigm shift,” does produce the modern Jupiter-Saturn orbits and is consistent with the position of Uranus and Neptune, with this addition: “…we show that Uranus and Neptune’s final orbits are determined by a combination of the mass in the primordial Kuiper belt and that of an ejected ice giant.” Adds Clement:

“This indicates that while our Solar System is a bit of an oddball, it wasn’t always the case. What’s more, now that we’ve established the effectiveness of this model, we can use it to help us look at the formation of the terrestrial planets, including our own, and to perhaps inform our ability to look for similar systems elsewhere that could have the potential to host life.”

As we tighten the Nice Model further, the paper describes the research path ahead:

Though our work shows that the primordial 2:1 Jupiter–Saturn resonance is a viable evolutionary path for the solar system, future work is still required to fully validate our presumed initial conditions, and robustly analyze the consequences of such a scenario on the solar system’s fragile populations of small bodies. In particular, follow-on investigation of the giant planets’ instability evolution with Jupiter and Saturn in a primordial 2:1 MMR with enhanced eccentricities must consider longer integration times (≳100 Myr), higher resolution disks (≳10,000 particles), and account for the dissipating gaseous nebula.

Clement presented these results at the American Astronomical Society’s Division for Planetary Sciences virtual meeting, which ended on the 30th of October.