Exoplanet Atmospheres: Keeping Up with ARIEL

How is a planet’s composition related to its host star? The European Space Agency’s ARIEL mission (Atmospheric Remote-sensing Infrared Exoplanet Large-survey) is designed to probe the question, examining planetary atmospheres to determine the composition, temperature and chemical processes at work in a large sample of planetary systems.

Transmission spectroscopy is the method, examining spectra as known exoplanets pass in front of, then behind their host stars. Researchers will use light filtering through the atmospheres to unlock the chemical processes within each. ARIEL will survey about 1,000 planetary systems in both visible and infrared wavelengths, probing not just chemistry but the thermal conditions that affect their composition. The mission’s focus is on super-Earths to gas giants, all with temperatures greater than 320 Celsius. 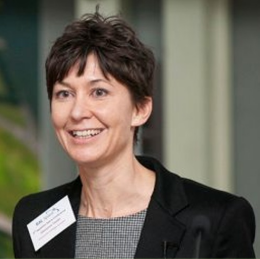 I suspect that principal investigator Giovanna Tinetti (University College London) has been asked about the choice of targets to the point of exhaustion, but one reason for focusing on planets in this size and temperature range is our need to build up a catalog of atmospheres that will inform the entire field, so that when we drill down to small, rocky worlds using future instruments, we’ll have a context in which to place what we see. A high temperature atmosphere is helpful here because it remains in continuous circulation, without the obscuring clouds that make characterization difficult.

ARIEL will be positioned around L2, the second Sun-Earth Lagrange point, 1.5 million kilometres directly ‘behind’ Earth as viewed from the Sun. A just released ESA report explains the issues the mission will investigate, noting the wide range of planets and stars:

This large and unbiased survey will contribute to answering the first of the four ambitious topics listed in the ESA’s Cosmic Vision: “What are the conditions for planet formation and the emergence of life?”. Thousands of exoplanets have now been discovered with a huge range of masses, sizes and orbits: from rocky Earth-like planets to large gas giants grazing the surface of their host star. There is no known, discernible pattern linking the presence, size, or orbital parameters of a planet to the nature of its parent star. We have little idea whether the chemistry of a planet’s surface and atmosphere is linked to its formation environment, or whether the type of host star drives the physics and chemistry of the planet’s birth and evolution.

Remember, too, the statistical nature of the inquiry. The sample population is large, so that we move from the small number of atmospheres currently characterized to hundreds. Our understanding of the early stages of planet and atmosphere formation during the first few million years in an infant system as it emerges from the nebular phase should help us relate the chemistry in exoplanets to their other parameters and to the chemical environment of the star. 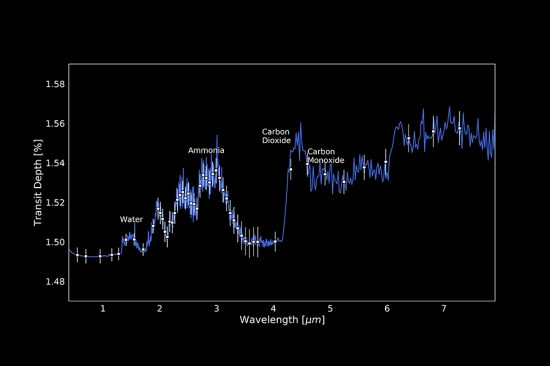 Key components — water vapor, carbon dioxide, methane — of planetary atmospheres will be detected, but also more unusual metallic compounds that define the chemical environment within each system studied. For a smaller number of target planets, the spacecraft will perform a survey of cloud systems and atmospheric changes at a seasonal and daily level. Says ARIEL project scientist Theresa Lueftinger: “Our chemical census of hundreds of solar systems will help us understand each planet in context of the chemical environment and composition of the host star, in turn helping us to better understand our own cosmic neighbourhood.”

ESA has just announced that ARIEL has moved from study to implementation phase, the step before negotiations begin with industrial contractors to build the spacecraft, which is scheduled for launch from Kourou (French Guiana) in 2029. Bids on spacecraft hardware will be requested within months, with the prime contractor chosen by the summer of 2021. 50 institutes from 17 European countries are involved, as is NASA, in the payload module, which will have at its heart a one-meter class cryogenic telescope along with associated science instruments.

Three ESA missions with an exoplanet charter are thus framed within a ten-year window, with ARIEL joined by CHEOPS (CHaracterising ExOPlanet Satellite), launched in December 2019, and PLATO (PLAnetary Transits and Oscillations of stars), to be launched in 2026. The latter emphasizes rocky planets in the habitable zone of Sun-like stars.

To keep up with ARIEL, you may want to follow @ArielTelescope on Twitter. You’ll find background information in the recently published ARIEL Definition Study Report, available here.

We're taking an open approach in data access, even encouraging enthusiasts to help select targets & characterise stars. Much of the data will be available to the science community & public immediately.

(In the meantime check out our Data Challenges! 👀👀)https://t.co/mEEvBrtO5s

Previous post: A New Source for Plumes on Europa