I always wanted to get to Arecibo, the magnificent 305-meter telescope that has for so long been a locus for radio astronomy research, but I was never able to make it to Puerto Rico. Now I’ve run out of time. The National Science Foundation doesn’t make these decisions lightly but multiple engineering companies have delivered assessments that point to catastrophic failure of the telescope structure as a real possibility. Too dangerous to repair, and faced with stability issues even if it could be repaired, the Arecibo Observatory will be decommissioned.

The breakdown in the vast structure has been ongoing, bits and pieces of news that added further dismay to an already dismal 2020. A support cable detached in August, resulting in an evaluation from the University of Central Florida, which manages the site. Replacement auxiliary cables were then on the way, temporary cables available, but on November 6 another main cable broke. The stresses on the second cable evidently told the story, making it clear that to proceed with repair would be to push against acceptable standards of safety.

Ralph Gaume, director of NSF’s Division of Astronomical Sciences, sums up the situation:

“Leadership at Arecibo Observatory and UCF did a commendable job addressing this situation, acting quickly and pursuing every possible option to save this incredible instrument. Until these assessments came in, our question was not if the observatory should be repaired but how. But in the end, a preponderance of data showed that we simply could not do this safely. And that is a line we cannot cross.” 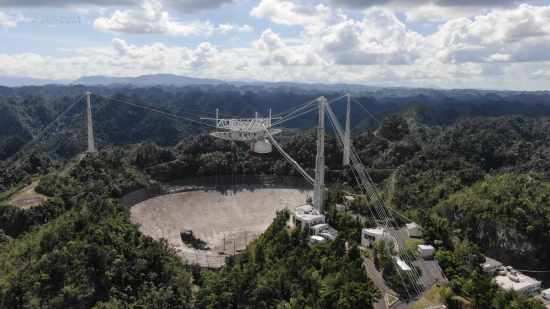 It’s going to take some time for me to get my head around losing Arecibo, which has been since the early 1960s a part of my mental landscape when contemplating our civilization and its context in the cosmos. I had gotten to thinking in terms of ‘Arecibos’ of transmitting power, meaning that a dish like Arecibo could pick up an installation of comparable power over a span of 1,000 light years, a volume in which there are more than 10,000,000 stars. Ideas like that fueled my interest in SETI, which grew into a general passion for exoplanet research.

Remember, although we sometimes hear 51 Pegasi b referred to as the first exoplanet discovered, the honor actually belongs to the planets at the pulsar PSR B1257+12, which were found three years earlier in 1992 by Aleksander Wolszczan and Dale Frail using Arecibo data (51 Pegasi b was the first exoplanet found around a main sequence star, a valid distinction since pulsar planets are an unusual extreme as we contemplate the conditions extant in planetary systems). Speaking of pulsars, the first binary one was uncovered in Arecibo data in 1974 by Russell Hulse and Joseph H. Taylor, Jr., a find that earned the duo the Nobel Prize for Physics in 1993.

Arecibo has produced radar maps of Venus and Mercury and has charted near-Earth asteroids. As far back as 1965, it uncovered the actual rotation rate of Mercury (59 days as opposed to the previously believed 88). It analyzed the pulsar from the Crab Nebula supernova remnant in 1968 and performed the first radar ranging to an Earth-crossing asteroid (1862 Apollo) in 1980. Its planetary radar found evidence for hydrocarbon lakes on Titan and the observatory was used to study frequencies in the 1,000 MHz to 3,000 MHz range as part of the SETI effort.

Indeed, the list of accomplishments is far too long to list here, so I’ll direct you to this summary page. I do want to mention in the SETI context (although it was a matter of transmitting rather than listening) the 1974 message sent toward the globular cluster M13 by Frank Drake, primarily performed, I’m told, as a way of demonstrating what newly installed equipment could do. Even so, that transmission is an oft-cited marker in our thinking about our own place in the universe and the possibility of other technological civilizations we might encounter.

Invariably I think of Jill Tarter in terms of SETI, in this context because of her involvement in Project Phoenix, which moved to Arecibo in 1998 after stints at Parkes (Australia) and Green Bank (WV). As soon as I learned of Arecibo’s decommissioning, I wrote to ask for a comment. My own reflections on Arecibo hardly match the poetic depth of Dr. Tarter’s response: 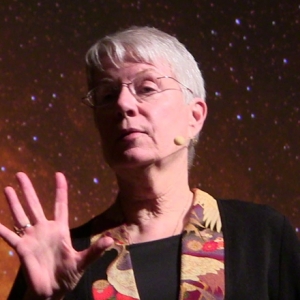 I’ve been going to Arecibo since 1978. Over the decades, we’ve built a lot of Arecibo-specific hardware, written a lot of software, and bent the telescope control system into modes it was never designed for.

Arecibo was an impressive feat of engineering, a scientific workhorse, and it never lost that aura of being slightly exotic, no matter how many times I visited there; the constant croaking of the coquis [a frog common to Puerto Rico], the perfumes of the tropical forest, the local Ron del Barrelito [a rum said to be the best on the island], the Gregorian dome with its unmistakable compressor cadence, the jogging track underneath the dish ringed with small orchids, Orion rising over the treetops as seen from the balcony of the VSQ [Visiting Scientists Quarters], before heading off to my midnight shift of Project Phoenix observations, and the absolutely best view on the island from atop the platform.

But most of all I remember the staff and the resident scientists who were very close knit, offered us superb technical support, and threw wonderful parties with lots of dancing. It is very sad to witness the passing of this scientific Queen. She withstood powerful hurricanes, but age appears to have gotten the upper hand.

Arecibo’s demise also led me to touch base with Greg Matloff (New York City College of Technology (NYCCT)), whose work on interstellar propulsion was what originally drew me to the field (his Starflight Handbook, written with Eugene Mallove, was a frequently consulted text and provoked the research that led to my Centauri Dreams book in 2004). We had discussed Arecibo’s role in planetary protection in many conversations. Said Matloff: 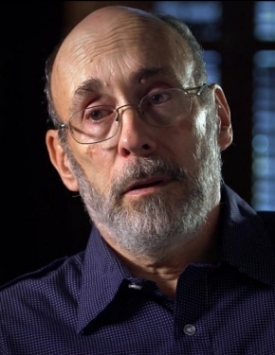 “The loss of Arecibo is heartbreaking. This observatory has contributed so much to the study of Earth’s upper atmosphere, Solar System and deep sky objects, and SETI. But its greatest significance today is its service as planetary radar. Much of what we know about Near Earth Asteroids that might someday impact the Earth is due to the imaging capabilities of this instrument. It is my hope that an upgraded Arecibo can be constructed at the same site to continue this work of Earth Defense.”

That’s a hope many of us share, and we will see what comes of it. I do notice in the National Science Foundation’s materials on the decommissioning that NSF intends “to restore operations at assets such as the Arecibo Observatory LIDAR facility — a valuable geospace research tool — as well as at the visitor center and offsite Culebra facility, which analyzes cloud cover and precipitation data. NSF would also seek to explore possibilities for expanding the educational capacities of the learning center.”

What may emerge following telescope decommissioning is worth pondering.