Alex Tolley’s essay on using beaming technology to reach the solar gravity focus (SGF) caught the eye of Jim Benford, who has been exploring the prospects for beamed sails for many years. Along with brother Greg, Jim did laboratory work at the Jet Propulsion Laboratory some 20 years ago to demonstrate the method, and in the years since has written extensively on the uses of beaming within the Solar System as well as on interstellar trajectories. But what kind of beam are we talking about? Benford, a plasma physicist and CEO of Microwave Sciences, has done recent work on a gravitational focus mission in connection with Breakthrough Starshot. He points to the maturity of microwave technology and the cost savings involved in using microwaves for a mission far faster than anything that has yet flown. 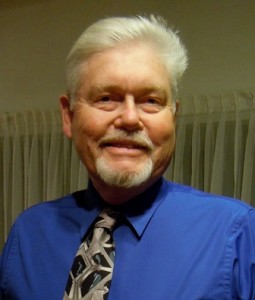 An intermediate destination for beamed energy interstellar probes, such as Starshot, is the Sun’s Inner Gravitational Focus (SGF). Alex Tolley suggests using Beamer technology for this mission. Gregory Matloff and I studied this approach in 2018 in work on the Starshot Project and published it [1]. This is a summary and update of that work.

The on-going Starshot technology development program will build a modular Beamer system that will incrementally achieve steadily higher launch speeds. As the Starshot technology develops, velocity regimes beyond anything available now will be attained. This will include flyby probes of the outer solar system planets and moons, exploration of the Kuiper belt objects and interstellar precursors to investigate beyond the heliopause. All these missions have the advantage of not requiring any deceleration as the objective is reached. Thus consideration of earlier missions and destinations nearer than the Centauri system is in order.

Here we consider a specific application of the basic Starshot concept, to fly a mission at 100 km/sec. We take sailcraft parameters from Parkin’s Starshot System Model, a thin-film circular photon sail with a mass of 4 grams, a payload of 1.5 grams, a diameter of 5 meters and a thickness of about 0.1 micron (0.2 g/m2, in the range of graphene) [2]. In order not to choose the system parameters arbitrarily, we use the Beamer cost optimization method developed by Benford [3], which minimizes the total system cost.

The approach in our paper is to stipulate the key parameters; mass and velocity, then minimize the cost of the system. All other parameters, such as the sail diameter and, most importantly, the frequency of the Beamer are varied in order to minimize costs. Why does cost matter? These are very expensive systems: note that Starshot is designed/optimized to have a system cost below $10B. We showed SGF Beamer Systems can be in order of magnitude lower.

The costs include the decrease in unit cost of hardware with increasing production, economies of scale [3]. The components we’re modeling here, sources of microwave, mm-wave and laser beams, antennas and optics, must be produced in large quantities for the large scales of directed energy-driven sails. High-volume automated manufacturing would drive costs down.

Microwave Beamer cost is 580 M$. (Parameters are wavelength 0.03 m, frequency 10 GHz) parameters for 100 km/sec, 3 gram, 5-meter diameter sail, perfect reflectivity, 0.3m wavelength.) Microwave costs have reached true economies of scale and are now available in quantity at about 0.01 $/W and about 100 $/m2. Consequently, there is no need to extrapolate future microwave cost because present costs are low enough to use.

Millimeter-Wave Beamer cost is 2 B$. Thus far, millimeter-wave (wavelength 3mm, 100 GHz) devices at ~ 1 MW are available at $6/W and 10,000 $/m2. No large market has developed for millimeter-wave devices, so economies of scale have not been firmly established. We assume the learning curve of millimeter-wave tubes will be approximately that of similar tube devices, such as klystron, for which the learning curve is well established. At present the largest application for a megawatt-level millimeter-wave sources is the ITER fusion project, which requires hundreds of devices. An emerging near-term application for millimeter–wave technologies is for 5G Wi-Fi. Although the power levels will be low because of the short-range requirement, mass manufacture of millimeter-wave transmitters and apertures may enable substantial cost reductions to be realized in the next few decades.

Laser Beamer cost is >5.3 B$. Parkin estimates contemporary costs as at least $150/W and 1M $/m2. There are several options for the technology of the laser Beamer: from small mm-scale wafers at ~ 1 W power to larger ~500 W lasers with long coherence length (a key constraint in operating an array). Cost elements include emitters, optics and amplifiers. Lasers are being used for LIDAR in autonomous vehicles and at powers of 10-100 W, cost 100-$1000 $/W. At the higher figure, the Beamer would cost 23 B$!

The large number of sails needed to provide a useful image of an exoplanet means that we must take into consideration the cost of sails. Each sail will cost far less than the Beamer. We estimated the cost of such sails at ~1M$ each [1].

A different method that the JPL group has apparently not noticed is to use the desorption of various materials from the sail, ‘paints’, as it passes perihelion near the sun. That multiplies the utility of the solar sail technique substantially.

Thermal desorption consists in atoms, embedded in a substrate, that are liberated by heating, thus providing an additional thrust. Desorption can attain high specific impulse if low mass molecules or atoms are blown out of a lattice of material at high temperature.

Desorption of materials from hot sails in flight was observed in 2000 in microwave beam-driven carbon sail experiments I was conducting [4]. We found out that photon pressure could account for 3–30% of the observed acceleration, while the remainder came from desorption of embedded molecules.

After we understood what we were observing, my brother Gregory suggested it be used as a means of propulsion for sails [5,6]. The extraordinary potential of this sort of propulsion mechanism: if properly used, desorption could enhance thrust by orders of magnitude, shorten mission times.

Therefore if we are to send probes to the SGF in this era, my calculations show that the lowest cost Beamer will be a microwave system. This will enable a transportation system within the Solar System that could be realized far sooner than laser arrays.

A solar sail augmented by desorption propulsion may give better performance for solar sail missions to the Sun’s Gravitational Focus.

If exoplanet imaging from the SGF is to be done soon, microwave or millimeter-wave beam systems could be built with existing technology now. Developing the phased array laser Beamer and driving the cost down to where larger arrays can be afforded will take decades. Similarly, it will take decades to conduct the test demonstrations required to prove the solar sail approach in the inner solar system. Advocates of both approaches should acknowledge these necessary timescales.

Next post: A Statite ‘Slingshot’ for Catching Interstellar Objects

Previous post: A Beamed Sail to the Sun’s Gravity Focus