Henry Cordova, whose recent critique of traditional SETI kicked off a lengthy discussion in these pages, has been mulling over issues of habitability in the galaxy’s vast population of red dwarf stars. While we’ve focused on the questions raised by stellar flare activity and the climate challenges of tidal lock, the narrow band of habitability among the fainter M-dwarfs poses its own problems. How big a factor is a narrow circumstellar habitable zone? Henry comes by his interest in these matters by way of US Navy training in both astronomy and mathematics. A retired geographer and map maker now living in southeastern Florida, he’s keeping up with exoplanetary issues as an active amateur astronomer and collector of star atlases. 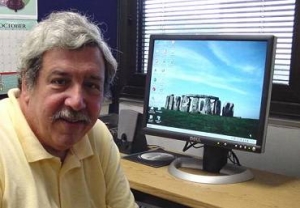 I am curious as to how the width of a star’s habitable zone varies with respect to its luminosity.

It would not be unreasonable to assume that the surface temperature of a planet is directly related to the radiant flux of its star. Furthermore, it seems reasonable that the range of surface temperatures in which water can be a liquid on at least part of a planet’s surface is directly related to the stellar flux at its orbital distance. There may be many other factors involved, such as the properties of the planet’s atmosphere, its rotational characteristics, orbital elements and the variability and spectrum of its parent star; but let us ignore them for the moment and simply consider the geometrical parameters involved.

All else being equal, the radiant flux received by the planet must then be directly proportional to the luminosity of the star, and inversely proportional to the square of the planet’s distance from it. In other words, if one star is a hundred times more luminous than another, a planet orbiting the fainter star must be ten times closer to its primary in order to receive the same flux. The same reasoning can be applied to both the inner and outer edges of the star’s habitable zone. Regardless of how we define the HZ, it will become much narrower as the luminosity of the primary decreases. And the narrower an HZ is, the less likely there is a planet there.

Consider our own Sun’s habitable zone. Although there is some controversy about its dimensions, let us for the purposes of this argument say that it is limited by the orbits of Mars and Venus.The two planets have semi-major orbital axes of roughly 1.5 and 0.7 AU, respectively. These two figures mark the limits of Sol’s HZ, and their difference gives an HZ width of 0.8 AU, plenty of room to squeeze Earth in.

If our Sun were a hundred times less luminous, the HZ boundaries would be at 0.15 and 0.07 AU, which translates to an HZ width of only 0.08 AU! Clearly, the HZs of faint stars can be very narrow. The chances of a planet forming there, or migrating in, are substantially reduced.

Astronomers have detected planets in the HZs of some red dwarfs, but I feel this is due primarily to selection effects. Many of our planet detection techniques are very sensitive to big planets orbiting small stars in close, highly elliptical orbits, circumstances which are not conducive to life and yielding statistics that may give us a distorted idea of how solar systems form. Because of these considerations, red dwarfs may not be good candidates for life, even if we disregard other problems such as flares and tidal locking. It is true that these stars are often old, stable for long periods of time and by far the most common type of star, but I think we’re better off looking at brighter main sequence stars, such as spectral classes K, G or even F.

Several recent papers have pointed out that albedo effects on the planets of red dwarf stars may significantly expand the sizes of their habitable zones. See Joshi and Haberle, “Suppression of the water ice and snow albedo feedback on planets orbiting red dwarf stars and the subsequent widening of the habitable zone,” Astrobiology Vol. 12, No. 1 (23 Jan 2012); here’s the abstract. For Centauri Dreams‘ discussion on this, see M-Dwarfs: A New and Wider Habitable Zone.

These monographs suggest that on worlds with significant snow and ice cover, the effective albedo is much lower than snow and ice on Earth because frozen water absorbs more radiant heat at the red and infrared wavelengths emitted by red dwarfs than it does in the visual part of the spectrum as in Sol’s case. This effect would certainly extend the size of the habitable zone, but that would be dwarfed (no pun intended) by the much greater inverse square law effect (several orders of magnitude) of the much lower M-dwarf stellar luminosity.

Of the 53 known systems (66 stars) within 5 parsecs (16.3 ly) of the Sun, there are 48 red dwarfs (spectral class M) ranging from absolute magnitude 8.09 to 16.20 (an enormous range of luminosities!), and only 2 of them brighter than absolute magnitude 10.0. Absolute magnitude is the intrinsic brightness, how bright the star would appear if it were exactly 10 pc distant.

Next post: Hayabusa2: Multiple Paths for Analyzing an Asteroid