Europa: Below the Impact Zone

Yesterday we looked at the behavior of ice on Enceladus, a key to making long range plans for a lander there. But as we saw with Kira Olsen and team’s work, learning about the nature of ice on worlds with interior oceans has implications for other ice giant moons. This morning we look at the hellish surface environment of Europa, as high-energy radiation sleets down inside Jupiter’s magnetic field.

Europa’s surface radiation will complicate operations there and demand extensive shielding for any lander. But below the ice, that interior ocean should be shielded and warm enough to offer the possibility of life. With Europa Clipper on pace for a 2024 launch, we need to ask how the surface ice has been shaped and where we might find biosignatures that could have been churned up from below. 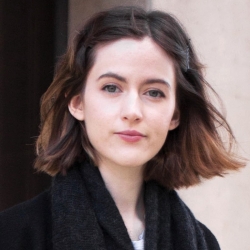 Tidal stresses on the ice leading to fracture are one way to force material up, but small impacts from above — debris in the Jovian system — also roil the surface. If we’re looking for potential biosignatures, we have to consider this surface churn and the effects of radiation upon what it produces. This is the subject of new work from a team led by Emily Costello (University of Hawaiʻi at Manoa), which has been studying the effects of electron radiation accelerated by Jupiter on complex molecules.

The operative term in this paper, just published in Nature Astronomy, is impact gardening. The authors estimate through their modeling that the surface of Europa has been affected up to an average depth of 30 centimeters (about 12 inches). Over millions of years, the impacts add up even as surface material mixes with the subsurface, all bathed by radiation. 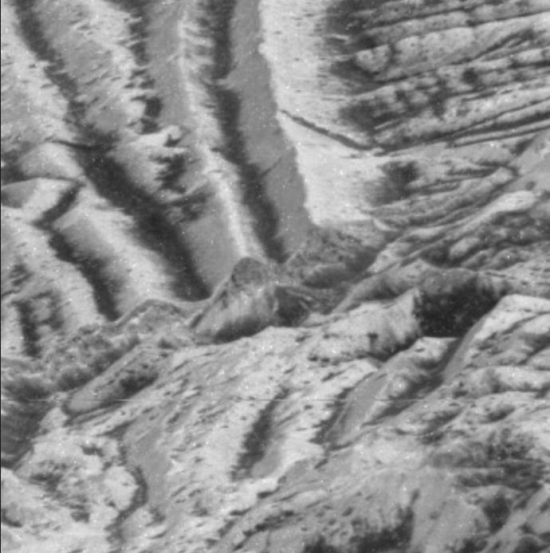 Image: In this zoomed-in area (Figure 2) of Europa’s surface, an inset to Figure 1, a cliff runs across the middle of the image, revealing the interiors of the ridges leading up to it. The thin, bright layer at the top of the cliff is at least 20 to 40 feet (6 to 12 meters) thick. This thin surface layer, and possibly layers like it elsewhere over Europa’s surface, is where a process called “impact gardening” is thought to occur. Impact gardening is the small-scale mixing of the surface by space debris, such as asteroids and comets. Scientists are studying the cumulative effects of small impacts on Europa’s surface as NASA prepares to explore the moon with the upcoming Europa Clipper mission. New research and modeling estimate that the surface of Europa has been churned by small impacts to an average depth of about 12 inches (30 centimeters), within the layer of the surface that is visible here. Credit: NASA/JPL-Caltech.

The study looks not only at surface impacts but goes on to consider secondary impacts when debris returns to the surface after the initial strike. We learn there is a case for a particular zone on Europa — the moon’s mid- to high-latitudes — that would be less affected by radiation. In any case, a robotic lander may need to probe at least 30 centimeters down to find material unaffected by the ongoing impact gardening.

Rebecca Ghent (Planetary Science Institute, Tucson) is a co-author on the study:

“The work in this paper could provide guidance for design of instruments or missions seeking biomolecules; it also provides a framework for future investigation using higher-resolution images from upcoming missions, which would help to generate more precise estimates on the depth of gardening in various specific regions. The key parameters in this study are the impact flux and cratering rates. With better estimates of these parameters, and higher-resolution imaging resulting from upcoming missions, it will be possible to better predict the depths to which gardening has affected the shallow ice in specific regions.”

As a side note, I found when looking through Costello’s other papers that she and Ghent have done work on impact gardening at Ceres as well as Mercury and our own Moon. The paper on Ceres argues that the phenomenon is orders of magnitude less intense on Ceres than on the Moon, involving a much thinner regolith and leaving surface ice to be affected primarily by sublimation rather than impacts. It seems clear that our work on icy gas giant moons will need to take impact gardening into consideration, just as we monitor the movement of crustal ice.

Next post: NEA Scout: Sail Mission to an Asteroid