If biological life gives way to its own creations, should we adjust our SETI outlook to include entire civilizations composed of artificial intelligences? A postbiological culture was certainly on the mind of the Czech writer Karel Čapek (1890-1938), whose work is the subject of today’s essay by Milan Ćirković. It’s a good time to reassess this author as we careen toward what may or may not be a ‘singularity,’ when digital intelligence eclipses our own. As Ćirković explains, Čapek was an utterly indefatigable writer whose work is less well known in the west than it should be given its significance not only to science fiction but the study of the future. Dr. Ćirković is a research professor at the Astronomical Observatory of Belgrade, the author of numerous research and professional papers as well as three research monographs and four books, the most recent of which is The Great Silence: The Science and Philosophy of Fermi’s Paradox (Oxford University Press). Read on to learn about the life and work of a key figure in our conception of the human, and post-human, future. 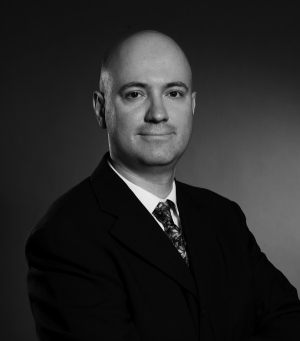 This year marks a century since the world premiere of Karel Čapek’s drama R.U.R. in the town of Hradec Králové in the Czech Republic. By that very fact, it marks a century of the word “robot” which has spread into all world languages from the very title of Čapek’s drama, since the latter is an initialism standing for Rossumovi Univerzální Roboti in the Czech original (meaning Rossum’s Universal Robots). It is the name of the megacorporation responsible for introduction of robots as a cheap and versatile workforce, and – no big spoiler there, considering how famous and even canonical the drama has become – ultimately responsible for the extinction of the human species.

According to an interview given to a Czech newspaper more than a decade later, the true creator of the word was Karel’s brother, Josef, a talented painter and poet. While Karel could not decide what to call artificial people, Josef (who lived with him at the time) suggested the work “robot” coming from robota, meaning hard work, usually done involuntary in serfdom. A similar word, denoting labour or hard work, is present in all Slavic languages (e.g., “робота” in Ukrainian, “rabota” in Serbian and Croatian, etc.). Formally, of course, one could argue that the word was coined in 1920, when the drama was written, and Karel’s conversation with Josef took place, but the neologism began to spread only after the premiere in 1921. 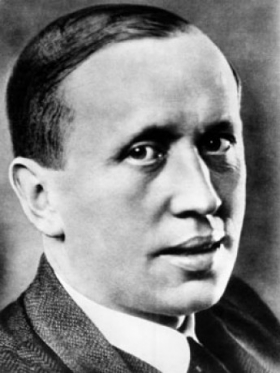 R.U.R. is arguably still the most important and the best written science fiction play ever. It is far from being Čapek’s only claim to fame, however. On the contrary, he was extremely, unbelievably, fantastically prolific for a man of lifelong poor health who died at 48. He wrote a dozen novels, hundreds of short stories in all genres, a book on gardening, 5 books of letters describing various travels all over Europe, children books, literally thousands of newspaper articles, essays, vignettes, and Borges-like “apocrypha”. His novels, both realistic (Hordubal, Meteor, Ordinary Life, Life and Work of the Composer Foltýn) and SF (Krakatit, The Absolute at Large, and his most significant work, War with the Newts) are all very complex affairs, full of difficult philosophical and psychological ideas, but also mostly ironic and often spiced with Monty-Pythonesque black humor.

His work was extraordinary popular all across Europe between the world wars, especially among people of the Enlightenment tradition, frightened by the rise of mass-murdering totalitarianism in Italy, Germany, and the Soviet Union. He was repeatedly nominated for the Nobel Prize in literature, but according to the since uncovered documents, his fierce anti-totalitarian stance made him a politically undesirable laureate for the (always politically shy) Swedish academy. A self-identified radical centrist, Čapek viscerally hated nationalism and nationalism-inspired tyrranies, such as those of Mussolini and Hitler, and he openly mocked the latter’s pretensions in War with the Newts; he also deeply despised communism and called it the surest road to total economic and cultural impoverishment.

The Munich Agreement, signed on September 30, 1938, effectively enabled the destruction of Czechoslovakia by the Nazis, first by cessation of the so-called Sudetenland, and subsequently by occupation of the rest of the country by March 15, 1939. The occupation was followed by immediate imposition of all the measures of totalitarian terror, destruction of Czech institutions and culture, bloody purges, arrests, deportations, etc. Čapek was perhaps fortunate not to be able to see such a horrible denouement; he died on December 25, 1938, apparently a consequence of a sudden heart attack while working in his garden. By a dark irony worthy of Kafka, or indeed Čapek himself, the Nazi occupiers ordered his arrest and transfer to a concentration camp a few months later, while unaware (“an administrative error”) that he was already deceased. Josef Čapek was arrested and later murdered in the infamous Bergen-Belsen concentration camp.

To return to R.U.R., there is some debate on the proper conceptualization of Čapek’s robots. The author himself contributed to this, since he maintained a kind of delightful ambiguity between the “natural” and the “artificial”, which was a kind of philosophical point with him. In a subsequent letter, whose English translation was published in Science Fiction Studies, he insisted on biological substrate as the basis of his androids, imagined as “biological machines”, rather than the metallic creations we continue to associate with the concept of a machine.

In the final analysis, the nature of the substratum is irrelevant: even if we did not know it in the 1920s, we are confident now that life is just biochemical machinery of high complexity. Just a couple of years after Čapek’s drama had its world premiere, the first serious hypotheses about the origin of life in a completely naturalistic manner were put forward by Alexander I. Oparin and John B. S. Haldane. They were considered speculative (if not, ironically, more science fiction than science) until, a few decades later, when an ambitious graduate student named Stanley Miller and his mentor Harold Urey performed what was perhaps the most spectacular and most important experiment of the 20th century. In the analog simulation of Earth’s early, reducing atmosphere, Miller and Urey achieved synthesis of many organic compounds, including vital amino acids (and many more were discovered decades later in the original samples by Miller’s student Jeffrey Bada). This and many subsequent developments in the abiogenesis studies showed how easy abiogenesis probably is in the realistic situations where many millions of years and huge spatial volumes/surface areas are available. Therefore, even the “rare Earth” theorists have consistently argued that simple life is probably ubiquitous throughout the universe. And from the information view of life, the substrate is positively irrelevant.

Obviously, the heritage of R.U.R. is not all roses – after all, bots of internet infamy are just a shortening of robots. And while the robot rebellion is unlikely to take such a melodramatic form as in Čapek’s drama, the threat of making humans irrelevant in the work market or even entirely superfluous looms large. Ultimately, all worries about the AI risk, as elaborated in such a brilliant book as Nick Bostrom’s Superintelligence, follow from the apocalyptic vision of R.U.R. and its prototypical Robot Rebelion.

The drama is highly relevant today for some additional reasons, however, notably for study of the future as well as the astrobiology/SETI field. It offers a first glimpse of postbiological evolution, which is likely to be the dominant form of evolution in the universe in the fullness of time, as suggested, since about the turn of the century, by diverse authors such as Steven J. Dick, John Smart, Juan Chela-Flores, Anders Sandberg, Abraham Loeb, Joseph Voros, and others. Until we accept the (transhumanist?) premise that the design space of postbiological evolution is much larger still than the design space of the good ol’ biological one, our way of conceptualizing searches for bio- and especially technosignatures will be seriously limited.

Perhaps the most valuable legacy of R.U.R. is, in fact, its thought-provoking ethical ambiguity, which clearly follows from Čapek’s wedding of a deeply understood evolutionary perspective with his unquenchable humanism. Superficially, it’s an unsolvable dilemma: if one understands evolution, one has to admit that humans and all their creations are emergent, but ephemeral, accidents. Humans are mammals; all mammal species last a couple of million years before going extinct. On the opposite side, humanism tells us that our creations and values carry a spark of persistence, if not true immortality.

A solution, as Čapek powerfully intuited, is a kind of postbiological evolution. If present-day humans become obsolete, the process undoubtedly quickened by our many flaws, this need not mean that our creations cannot and indeed ought not succeed us. Technically speaking, Čapek’s robots commit the ultimate genocide – and yet, strangely enough, we do not feel offended or enraged by such a turn of events (neither does the last surviving human protagonist of the drama, who helps the robots with procreation). Something new and wonderful is happening in the universe.

Next post: The Unusual Prescience of Edgar Allan Poe