We talked about the TOLIMAN mission last April, and the renewed interest in astrometry as the key to ferreting out possible planets around Alpha Centauri A and B. I was fortunate enough to hear Peter Tuthill (University of Sydney), who leads the team that has been developing the concept, rough out the idea at Breakthrough Discuss five years ago; Céline Bœhm (likewise at the University of Sydney) reported on more recent work at the virtual Breakthrough Discuss session this past spring. We now have an announcement from scientists involved that the space telescope mission will proceed.

Eduardo Bendek (JPL) is a member of the TOLIMAN team:

“Even for the very nearest bright stars in the night sky, finding planets is a huge technological challenge. Our TOLIMAN mission will launch a custom-designed space telescope that makes extremely fine measurements of the position of the star in the sky. If there is a planet orbiting the star, it will tug on the star betraying a tiny, but measurable, wobble.”

Work on the mission heated up in April of this year, with scientists from the University of Sydney working in partnership with Breakthrough Initiatives, the Jet Propulsion Laboratory and Australia’s Saber Astronautics. The mission could revolutionize our view of Centauri A and B, according to Tuthill: 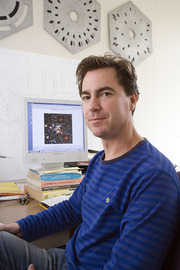 “Astronomers have access to amazing technologies that allow us to find thousands of planets circling stars across vast reaches of the galaxy. Yet we hardly know anything about our own celestial backyard. It is a modern problem to have; we are like net-savvy urbanites whose social media connections are global, but we don’t know anyone living on our own block… Getting to know our planetary neighbors is hugely important. These next-door planets are the ones where we have the best prospects for finding and analyzing atmospheres, surface chemistry and possibly even the fingerprints of a biosphere – the tentative signals of life.”

Astrometry tracks the minute changes in the position of a star that are the result of the gravitational pull of a planet. Detection of tiny angular displacements of the star allows the planet’s mass and orbit to be recovered, and unlike the situation with both radial velocity and transit methods, the astrometric signal increases with the separation of the planet and star.

TOLIMAN uses what the team calls a ‘diffractive pupil’ lens that spreads out the starlight and allows scientists to eliminate systematic errors and clarify the underlying signal. The flower-like pattern enhances the detection of star movement without the need for field stars as references, eliminating the need for a large aperture (such stars demand a larger collecting area). The pattern also reduces noise levels in the detector. An online description of the TOLIMAN technology explains why the nearest stellar system makes an excellent target for these methods:

With the fortuitous presence of a bright phase reference only arcseconds away, measurements are immediately 2 – 3 orders of magnitude more precise than for a randomly chosen bright field star where many-arcminute fields (or larger) are required to find background stars for this task. Maintaining the instrument imaging distortions stable over a few arcseconds is considerably easier than requiring similar stability over arcminutes or degrees. Alpha Cen’s proximity to Earth means that the angular deviations on the sky are proportionately larger (typically a factor of ~10-100 compared to a population of comparably bright stars).

The same description refers to TOLIMAN as a ‘modest astrometric space telescope,’ and the word ‘modest’ seems to apply in that this is a narrow-field instrument 30cm in diameter, with what proponents estimate is a fast build time on the order of 18 months. We might contrast the mission with existing astrometric missions like the European Space Agency’s space-based GAIA. The latter can make astrometric measurements in the 10s of micro-arcseconds, which basically means it is capable of detecting gas giants. TOLIMAN takes us into the realm of much smaller, rocky worlds. Because it has no need of a large aperture, it is small, inexpensive and, obviously, tightly focused on a nearby system rather than surveying a large star field. 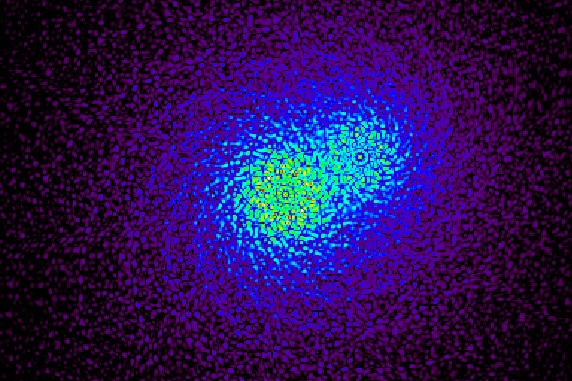 Image: Simulated image of the Alpha Centauri system, as could be viewed by the TOLIMAN telescope. Credit: Peter Tuthill.

TOLIMAN will receive spaceflight mission operations support from Saber Astronautics, including satellite communications and command. Saber’s involvement, says Tuthill, is “a critical part of the mission.” The company has received A$788,000 from an Australian Government International Space Investment: Expand Capability grant for the telescope’s design and construction, and I rather like the spirit in CEO Jason Held’s comment on TOLIMAN:

“TOLIMAN is a mission that Australia should be very proud of – it is an exciting, bleeding-edge space telescope supplied by an exceptional international collaboration. It will be a joy to fly this bird.”

As to when we can expect the bird to fly, Tuthill speaks of launch by 2023. We might know by mid-decade whether an Earth-size rocky planet orbits Centauri A or B. Habitable zone orbits are possible around both stars.