A Holiday Check-in with New Horizons

The fact that we have three functioning spacecraft outside the orbit of Pluto fills me with holiday good spirits. Of the nearest of the three, I can say that since New Horizons’ January 1, 2019 encounter with the Kuiper Belt Object now known as Arrokoth, I have associated the spacecraft with holidays of one kind or another The July 14, 2015 flyby of Pluto/Charon wasn’t that far off the US national holiday, but more to the point, I was taking a rare beach vacation during the last of the approach phase, most of my time spent indoors with multiple computers open tracking events at system’s edge. It felt celebratory, like an extended July 4, even if the big event was days later.

Also timely as the turn of the year approaches is Alan Stern’s latest PI’s Perspective, a look at what’s ahead for the plucky spacecraft. Here January becomes a significant time, with the New Horizons team working on the proposal for another mission extension, the last of which got us through Arrokoth and humanity’s first close-up look at a KBO. The new proposal aims at continued operations from 2023 through 2025, which could well include another KBO flyby, if an appropriate target can be found. That search, employing new machine learning tools, continues. 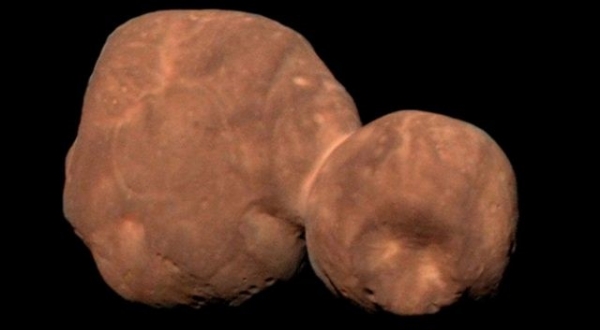 But what happens if no KBO is within reach of the spacecraft? Stern explains why the proposed extension remains highly persuasive:

If a new flyby target is found, we will concentrate on that flyby. But if no target is found, we will convert New Horizons into a highly-productive observatory conducting planetary science, astrophysics and heliospheric observations that no other spacecraft can — simply because New Horizons is the only spacecraft in the Kuiper Belt and the Sun’s outer heliosphere, and far enough away to perform some unique kinds of astrophysics. Those studies would range from unique new astronomical observations of Uranus, Neptune and dwarf planets, to searches for free floating black holes and the local interstellar medium, along with new observations of the faint optical and ultraviolet light of extragalactic space. All of this, of course, depends on NASA’s peer review evaluation of our proposal.

Our only spacecraft in the Kuiper Belt. What a reminder of how precious this asset is, and how foolish it would be to stop using it! Here my natural optimism kicks in (admittedly beleaguered by the continuing Covid news, but determined to push forward anyway). One day – and I wouldn’t begin to predict when this will be – we’ll have numerous Kuiper Belt probes, probably enabled by beamed sail technologies in one form or another as we continue the exploration of the outer system, but for now, everything rides on New Horizons.

The ongoing analysis of what New Horizons found at Pluto/Charon is a reminder that no mission slams to a halt when one or another task is completed. For one thing, it takes a long time to get data back from New Horizons, and we learn from Stern’s report that a good deal of the flyby data from Arrokoth is still on the spacecraft’s digital recorders, remaining there because of higher-priority transmission needs as well as scheduling issues with the Deep Space Network. We can expect the flow of publications to continue. 49 new scientific papers came out this year alone.

That Arrokoth image above is still a stunner, and the inevitable naming process has begun not only here but on Pluto as well. The KBO’s largest crater has been christened ‘Sky,’ while Ride Rupes (for astronaut Sally Ride) and Coleman Mons (for early aviator Bessie Coleman) likewise will begin to appear on our maps of Pluto. All three names have been approved by the International Astronomical Union. ‘Rupes’ is the Latin word for ‘cliff,’ and here refers to an enormous feature near the southern tip of Pluto’s Tombaugh Regio. Ride Rupes is between 2 and 3 kilometers high and about 250 kilometers long, while Coleman Mons is a mountain, evidently recently created and thus distinctive in a region of older volcanic domes. 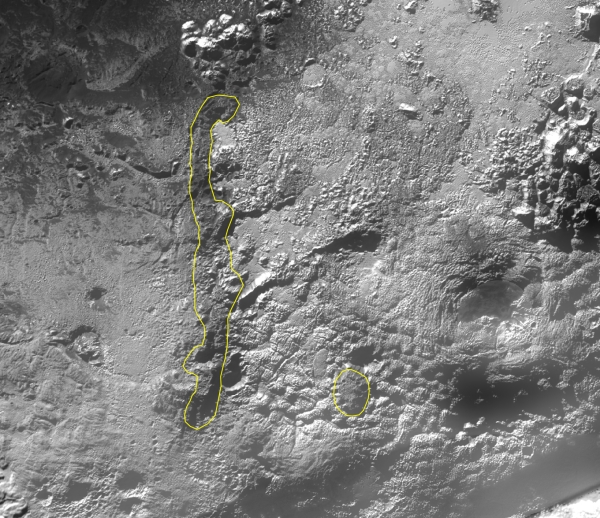 As the New Horizons team completes the mission extension proposal, it also proceeds with uploading another instrument software upgrade, this one to the Pluto Energetic Particle Spectrometer Science Investigation (PEPSSI) charged-particle spectrometer. And while spacecraft power levels have continued to decline, as is inevitable given the half-life of the nuclear battery’s plutonium, Stern says the spacecraft should be able to maintain maximum data transmission rates for another five years. That new power-saving capability, currently being tested, should strengthen the upcoming proposal and bodes well for any future flyby.

Those of you with an investigative bent should remember that 2021’s data return, along with six associated datasets, is available to researchers whether professional or working in a private capacity, within NASA’s Planetary Data System. This is an active mission deeply engaged with the public as well as its natural academic audience, as I’m reminded by the image below. Here the New Horizons spacecraft has captured a view taken during departure from Pluto, seeing however faintly the ‘dark side’ that was not illuminated by the Sun during the approach. 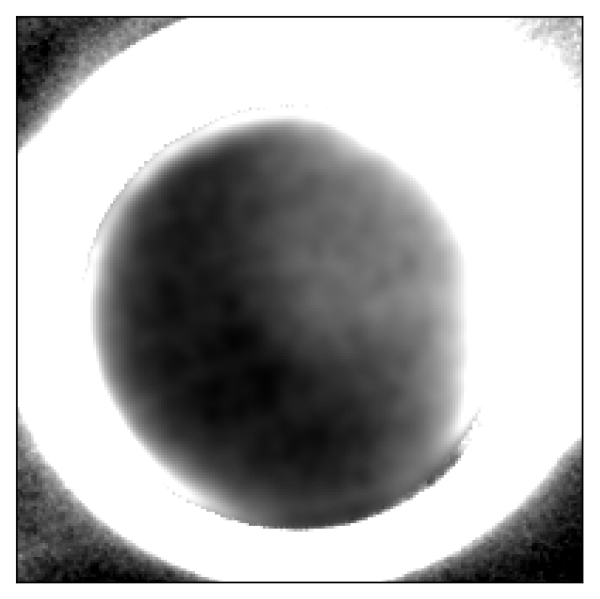 Image: Charon-lit-Pluto: The image shows the dark side of Pluto surrounded by a bright ring of sunlight scattered by haze in its atmosphere. But for a dark crescent zone to the left, the terrain is faintly illuminated by sunlight reflected by Pluto’s moon Charon. Researchers on the New Horizons team were able to generate this image using 360 images that New Horizons captured as it looked back on Pluto’s southern hemisphere. A large portion of the southern hemisphere was in seasonal darkness similar to winters in the Arctic and Antarctica on Earth, and was otherwise not visible to New Horizons during its 2015 flyby encounter of Pluto.
Credit: NASA/Johns Hopkins APL/Southwest Research Institute/NOIRLab.

This is Pluto’s southern hemisphere during the long transition into winter darkness; bear in mind that a winter on the distant world lasts 62 years. The all too faint light reflecting off Charon’s icy surface allows researchers to extract information. Tod Lauer (National Optical Infrared Astronomy Research Observatory, Tucson), lead author of a paper on the dark side work, compares available light here to moonlight on Earth:

That’s precious little to work with, but the New Horizons Long Range Reconnaissance Imager (LORRI) made the best of it despite the fierce background light and the bright ring of atmospheric haze. We’ll have to wait a long time before the southern hemisphere is in sunlight, but for now, Pluto’s south pole seems to be covered in material darker than the paler surface of the northern hemisphere, with a brighter region midway between the south pole and the equator. In that zone we may have a nitrogen or methane ice deposit similar to the Tombaugh Regio ‘heart’ that is so prominent in the flyby images from New Horizons.

Of course, there is another mission that will forever have a holiday connection, at least if its planned liftoff on Christmas Eve happens on schedule. Dramatic days ahead.

Previous post: All Your Base Are Belong To Us! : Alien Computer Programs