The Goodness of the Universe

The end of one year and the beginning of the next seems like a good time to back out to the big picture. The really big picture, where cosmology interacts with metaphysics. Thus today’s discussion of evolution and development in a cosmic context. John Smart wrote me after the recent death of Russian astronomer Alexander Zaitsev, having been with Sasha at the 2010 conference I discussed in my remembrance of Zaitsev. We also turned out to connect through the work of Clément Vidal, whose book The Beginning and the End tackles meaning from the cosmological perspective (see The Zen of SETI). As you’ll see, Smart and Vidal now work together on concepts described below, one of whose startling implications is that a tendency toward ethics and empathy may be a natural outgrowth of networked intelligence. Is our future invariably post-biological, and does such an outcome enhance or preclude journeys to the stars? John Smart is a global futurist, and a scholar of foresight process, science and technology, life sciences, and complex systems. His book Evolution, Development and Complexity: Multiscale Evolutionary Models of Complex Adaptive Systems (Springer) appeared in 2019. His latest title, Introduction to Foresight, 2021, is likewise available on Amazon. 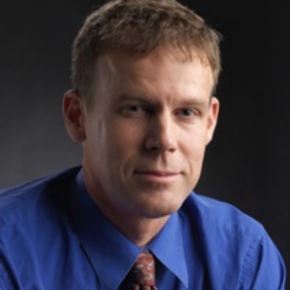 In 2010, physicists Martin Dominik and John Zarnecki ran a Royal Society conference, Towards a Scientific and Societal Agenda on Extra-Terrestrial Life addressing scientific, legal, ethical, and political issues around the search for extra-terrestrial intelligence (SETI). Philosopher Clement Vidal and I both spoke at that conference. It was the first academic venue where I presented my Transcension Hypothesis, the idea that advanced intelligence everywhere may be developmentally-fated to venture into inner space, into increasingly local and miniaturized domains, with ever-greater density and interiority (simulation capacity, feelings, consciousness), rather than to expand into “outer space”, the more complex it becomes. When this process is taken to its physical limit, we get black-hole-like domains, which a few astrophysicists have speculated may allow us to “instantly” connect with all the other advanced civilizations which have entered a similar domain. Presumably each of these intelligent civilizations will then compare and contrast our locally unique, finite and incomplete science, experiences and wisdom, and if we are lucky, go on to make something even more complex and adaptive (a new network? a universe?) in the next cycle.

Once we grant that developmental processes exist, we can ask what kind of convergences might we predict for all advanced civilizations. One of those processes, accelerating change, seems particularly obvious, even though we still don’t have a science of that acceleration. (In 2003 I started a small nonprofit, ASF, to make that case). But what else might we expect? Does surviving universal intelligence become increasingly good, on average? Is there an “arc of progress” for the universe itself?

Developmental processes become increasingly regulated, predictable, and stable as function of their complexity and developmental history. Think of how much more predictable an adult organism is than a youth (try to predict your young kids thinking or behavior!), or how many less developmental failures occur in an adult versus a newly fertilized embryo. Development uses local chaos and contingency to converge predictably on a large set of far-future forms and functions, including youth, maturity, replication, senescence, and death, so the next generation may best continue the journey. At its core, life has never been about either individual or group success. Instead, life’s processes have self-organized, under selection, to advance network success. Well-built networks, not individuals or even groups, always progress. As a network, life is immortal, increasingly diverse and complex, and always improving its stability, resiliency, and intelligence. 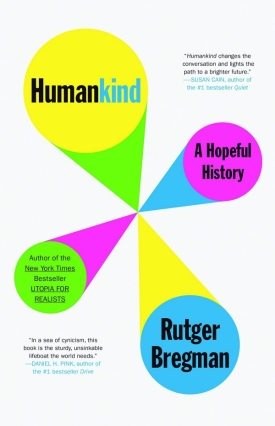 But does universal intelligence also become increasingly good, on average, at the leading edge of network complexity? We humans are increasingly able to use our accelerating S&T to create evil, with ever-rising scale and intensity. But are we increasingly free to do so, or do we grow ever-more self-regulated and societally constrained? Steven Pinker, Rutger Bregman, and many others argue we have become increasingly self- and socially-constrained toward the good, for yet-unclear reasons, over our history. Read The Better Angels of Our Nature, 2012 and Humankind, 2021 for two influential books on that thesis. My own view on why we are increasingly constrained to be good is because there is a largely hidden but ever-growing network ethics and empathy holding human civilizations together. The subtlety, power, and value of our ethics and empathy grows incessantly in leading networks, apparently as a direct function of their complexity.

As a species, we are often unforesighted, coercive, and destructive. Individually, far too many of us are power-, possession- or wealth-oriented, zero-sum, cruel, selfish, and wasteful. Not seeing and valuing the big picture, we have created many new problems of progress, like climate change and environmental destruction, that we shamefully neglect. Yet we are also constantly progressing, always striving for positive visions of human empowerment, while imagining dystopias that we must prevent. 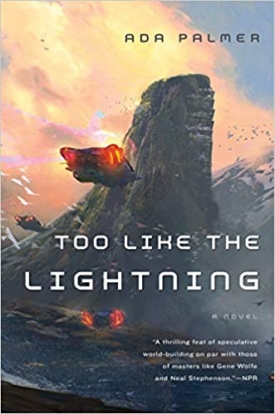 Ada Palmer’s science fiction debut, Too Like the Lightning, 2017 (I do not recommend the rest of the series), is a future world of technological abundance, accompanied by dehumanizing, centrally-planned control over what individuals can say, do, or believe. I don’t think Palmer has written a probable future. But it is plausible, under the wrong series of unfortunate and unforesighted future events, decisions and actions. Imagining such dystopias, and asking ourselves how to prevent them, is surely as important as positive visions to improving adaptiveness. I am also convinced we are rapidly and mostly unconsciously creating a civilization that will be ever more organized around our increasingly life-like machines. We can already see that these machines will be far smarter, faster, more capable, more miniaturized, more resource-independent, and more sustainable than our biology. That fast-approaching future will be importantly different from (and better than?) anything Earth’s amazing, nurturing environment has developed to date, and it is not well-represented in science-fiction yet, in my view.

On average, then, I strongly believe our human and technological networks grow increasingly good, the longer we survive, as some real function of their complexity. I also believe that postbiological life is an inevitable development, on all the presumably ubiquitous Earthlike planets in our universe. Not only does it seem likely that we will increasingly choose to merge with such life, it seems likely that it will be far smarter, stabler, more capable, more ethical, empathic, and more self-constrained than biological life could ever be, as an adaptive network. There is little science today to prove or disprove such beliefs. But they are worth stating and arguing.

Arguing the goodness of advanced intelligence was the subtext of the main debate at the SETI conference mentioned above. The highlight of this event was a panel debate on whether it is a good idea to not only listen for signs of extraterrrestrial intelligence (SETI), but to send messages (METI), broadcasting our existence, and hopefully, increase the chance that other advanced intelligences will communicate with us earlier, rather than later.

One of the most forceful proponents for such METI, Alexander Zaitsev, spoke at this conference. Clement and I had some good chats with him there (see picture below). Since 1999, Zaitsev has been using a radiotelescope in the Ukraine, RT-70, to broadcast “Hello” messages to nearby interesting stars. He did not ask permission, or consult with many others, before sending these messages. He simply acted on his belief that doing so would be a good act, and that those able to receive them would not only be more advanced, but would be inherently more good (ethical, empathic) than us. 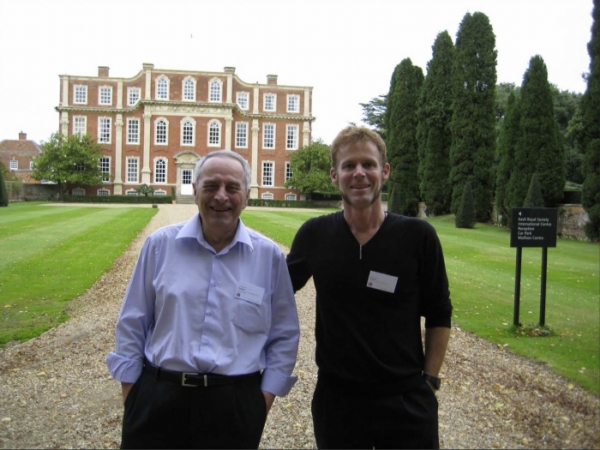 Sadly, Zaitsev has now passed away (see Paul Gilster’s beautiful elegy for him in these pages). It explains the 2010 conference, where Zaitsev debated others on the METI question, including David Brin. Brin advocates the most helpful position, one that asks for international and interdisciplinary debate prior to sending of messages. Such debate, and any guidelines it might lead to, can only help us with these important and long-neglected questions.

It was great listening to these titans debate at the conference, yet I also realized how far we are from a science that tells us the general Goodness of the Universe, to validate Zaitsev’s belief. We are a long way from his views being popular, or even discussed, today. Many scientists assume that we live in a randomness-dominated, “evolutionary” universe, when it seems much more likely that it is an evo-devo universe, with both many unpredictable and predictable things we can say about the nature of advanced complexity. Also, far too many of us still believe we are headed for the stars, when our history to date shows that the most complex networks are always headed inward, into zones of ever-greater locality, miniaturization, complexity, consciousness, ethics, empathy, and adaptiveness. As I say in my books, it seems that our destiny is density, and dematerialization. Perhaps all of this will even be proven in some future network science. We shall see.