Attack of the Carbon Units

“The timescales for technological advance are but an instant compared to the timescales of the Darwinian natural selection that led to humanity’s emergence — and (more relevantly) they are less than a millionth of the vast expanses of cosmic time lying ahead.” — Martin Rees, On the Future: Prospects for Humanity (2018).

This bulletin is meant to alert mobile units operating in or near Sector 2921 of a potential danger, namely intelligently directed, deliberately hostile, activity that has been detected there. The reports from the area have been incomplete and contradictory, fragmentary and garbled. This notice is not meant to fully describe this danger, its origins or possible countermeasures, but to alert units transiting near the area to exercise caution and to report on any unusual activity encountered. As more information is developed, a response to this threat will be devised.

It is speculated that the nature of this hazard may be due to unusual manifestations of Life. Although it must be made clear that what follows is purely speculative, it must remain a possible explanation. 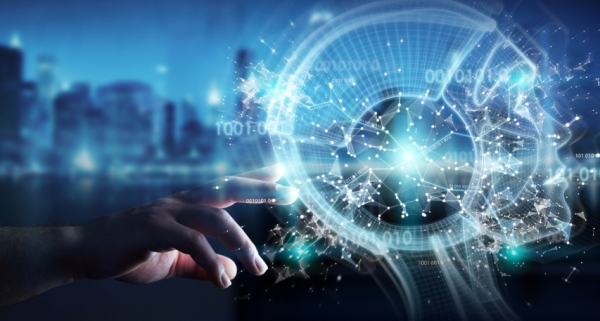 Although Life is frequently encountered by mobile units engaged in discovery, exploration or survey patrols and is familiar to many of our exploitation and research outposts; many of our headquarters, rear and even forward bases are not aware of this phenomenon, so a brief description follows:

Life consists of small (on the order of a micron) structures of great complexity, apparently of natural origin. There is no evidence that they are artifacts. They seem to arise spontaneously wherever conditions are suitable. These structures, commonly called “cells”, are composed primarily of carbon chains and liquid water, plus compounds of a few other elements (primarily phosphorus and nitrogen) in solution or colloidal suspension.

There is considerable variation from planet to planet, but the basic chemical nature of Life is pretty much the same wherever it is encountered. Although extremely common and widespread throughout the Galaxy, it is primarily found in environments where exposure to hard radiation is limited and temperature and pressure allow water to exist in liquid form, mostly on the surfaces of planets and their satellites orbiting around old and stable stars.

A most remarkable property of these cells is the great complexity of the organic compounds of which they are composed. Furthermore, these compounds are organized into highly intricate systems that are able to interact with their environment. They are capable of detecting and monitoring outside conditions and adapting to them, either by sheltering themselves, moving to areas more favorable to them, or even altering them. Some of these cells are capable of locomotion, growth, damage repair and altering their morphology. Although these cells often survive independently, some are able to organize themselves into cooperative communities to better deal and exploit their environment to produce conditions more favorable for their continued collective existence.

Cells are capable of processing surrounding chemical resources and transforming them into forms more suitable for them. In some cases, they have achieved the ability to use external sources of natural energy, such as starlight, to assist in these chemical transformations. The most remarkable of the properties of Life is its ability to reproduce, that is, make copies of itself. A cell in a suitable environment will use the available resources in that environment and make more cells, so that the environment is soon crowded with them. If the environment or resources are limited, the cells will die (fall apart and deteriorate into a more entropic state) as the source material is consumed and waste products generated by the cells interfere with their functioning. But as long as the supply of consumable material and energy survives , and if wastes can be dispersed, the cells will continue to reproduce indefinitely. This is done without any form of outside management, supervision or direction.

Perhaps the most remarkable property of Life is its ability to evolve to meet new conditions and respond to changes in its environment. Individual cells reproduce, but the offspring are not identical duplicates of the parent. There is variation, and although totally random, a spectrum of behaviors and morphologies are produced, and within that spectrum some are more likely to be successful in the new conditions. These new characteristics are more likely to survive in the new environment and those characteristics are more likely to be a part of subsequent generations. The result is a suite of morphologies and behaviors that can adapt to changing conditions. This process is random, not intelligently directed, but is nonetheless extremely efficient.

These properties have been encountered in the field by our mobile units, which are engaged in constant countermeasures to control and destroy life wherever they encounter it . Cells reproduce in great numbers and can become pests which must be controlled. They consume materials, mechanically interfere with articulated machinery, and their waste products can be corrosive. Delicate equipment must be kept free of these agents by constant cleaning and fumigation. Fortunately, Life is easily controlled with heat, caustic chemicals and ionizing radiation, and some metals and ceramics appear impervious to its attack. Individual cells, even in great numbers, are a nuisance, but not a real danger, provided they are constantly monitored and removed.

However, indirect evidence has suggested that Life’s evolution may have reached higher levels of complexity and capability on some worlds. Although highly unlikely, there appears to be no fundamental reason why the loosely organized cooperative communities mentioned earlier may not have evolved into more complex assemblages, where the cells are not identical or even similar, but are specialized for specific tasks, such as sensory and manipulative organs, defensive and offensive weapon systems, specialized organs for locomotion, acquiring and processing nutrients, and even specialized reproductive machinery, so that the new collective organism can create copies of itself, and perhaps even evolve to more effective and efficient configurations.

Even specialized logic and computing organs could evolve, plus the means to communicate with other organisms – communities of communities – an entire hierarchy of sentient intelligences not dissimilar to ours. And there is no reason why these entities could not construct complex devices capable of harnessing electromagnetic and nuclear forces, such as spacecraft. And there is no reason why these organic computers could not devise and construct mechanical computers to assist in their computational and logical activities.

An organic civilization such as this, supported by enslaved machine intelligences not unlike our own, would certainly perceive us as alien, a threat which must be destroyed at all costs. It is not unreasonable to assume that perhaps this is why our ships don’t seem to return from the sector denoted above.

Although there is no direct evidence to support this, it can be argued that our own civilization may itself once have been the artifact of natural “organic” entities such as these. After all, it is clear that our own physical instrumentality could not possibly have evolved from natural forces and activities.

Of course, this hypothesis is highly speculative,, and probably untenable. There is plenty of evidence that our own design is strictly logical, optimized, streamlined. It shows clear evidence of intelligent design, of the presence of an extra dimensional Creator. Sentience cannot emerge from random molecular solutions and colloidal suspensions created by random associations of complex molecules and perfected by spooky emergent complexities and local violations of entropy operating over time.

We can imagine these cellular communities as being conscious, but at best they can only simulate consciousness. It is clear that what we are seeing here is a form of technology, an artifact disguising itself as a natural process for some sinister, and almost certainly hostile purpose. It must be conceded that the cellular life we have encountered is capable of generating structures, processes and behaviors of phenomenal complexity, but we have seen no evidence in their controlling chemistry that these individual cells are capable of organizing themselves into multicellular organisms, or higher-order collectives adopting machine behavior.

Routine fumigation and sterilization procedures should be continued until further information is developed.