From the standpoint of producing interesting life, K-dwarf stars look intriguing. Our G-class Sun is warm and cozy, but its lifetime is only about 10 billion years, while K-dwarfs (we can also call them orange dwarfs) can last up to 45 billion years. That’s plenty of time for evolution to work its magic, and while G-stars make up only about 6 or 7 percent of the stars in the galaxy, K-dwarfs account for three times that amount. We have about a thousand K-dwarfs within 100 light years of the Solar System.

When Edward Guinan (Villanova University) and colleague Scott Engle studied K-dwarfs in a project called “GoldiloKs,” they measured the age, rotation rate, and X-ray and far-ultraviolet radiation in a sampling of mostly cool G and K stars (see Orange Dwarfs: ‘Goldilocks’ Stars for Life?). Their work took in a number of K-stars hosting planets, including the intriguing Kepler-442, which has a rocky planet in the habitable zone. Kepler-442b is where we’d like it to be in terms of potential habitability, but it’s twice as massive as Earth, and it also raises the question of why it seems rare.

In other words, why do we have so few habitable zone planet detections around K-dwarfs? A new paper from astronomers with the European Southern Observatory points out that we have only a small number of such worlds at present. Have a look at the table below to see what I mean. Here we’re looking at known planets, which means either confirmed or validated, that are found within the ‘optimistic’ habitable zone of K-dwarfs with an effective temperature between 3800 K and 4600 K. ESO’s Jorge Lillo-Box and his fellow researchers go so far as to declare this lack of habitable zone worlds ‘the K-dwarf habitable zone desert’ in the paper, which has just appeared in Astronomy & Astrophysics (citation below). 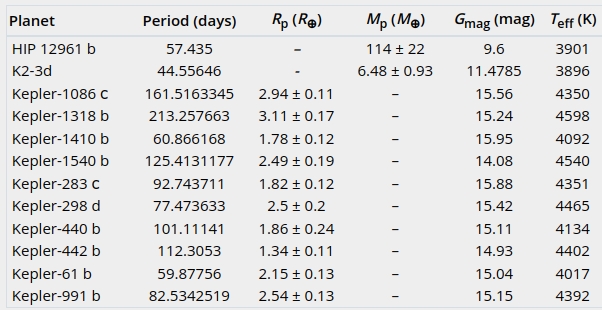 Image: This is Table 1 from the paper, showing confirmed or validated K-dwarf planets in the habitable zone known as of May 2022.

A few points about all this. First of all, note the distinction above between ‘confirmed’ and ‘validated’ planets, two terms that are all too often conflated but mean different things. With the original Kepler mission (before the K2 extended mission), a planet candidate was a transit signal that passed various false-positive tests. A ‘validated’ planet is one that has been studied in follow-up observations and determined quantitatively to be more likely an exoplanet than a false positive. Thus ‘validated’ means a planet about which confidence of its existence is higher than a simple ‘candidate.’ Confirmation, as for example through radial velocity study of the transiting planet’s mass, is the final step in turning a validated planet into a confirmed one.

So what’s happening in the K-dwarf desert, or more to the point, why is the desert there in the first place? Expectations are high, for example, that a K-dwarf like Centauri B might host a planet in the habitable zone, such orbits being allowed even in this close binary system. The authors point out that the reason may simply be lack of observation. There is understandable emphasis on G-class stars because they are like the Sun, while M-dwarfs are highly studied because planets there are more readily detectable. What is needed is a dedicated program of K-dwarf observations. 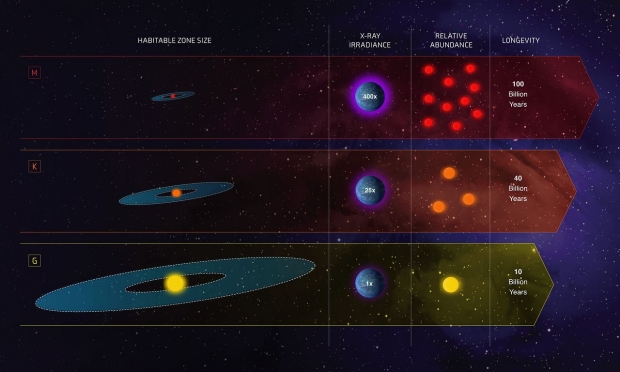 Image: This infographic compares the characteristics of three classes of stars in our galaxy: Sunlike stars are classified as G stars; stars less massive and cooler than our Sun are K dwarfs; and even fainter and cooler stars are the reddish M dwarfs. The graphic compares the stars in terms of several important variables. The habitable zones, potentially capable of hosting life-bearing planets, are wider for hotter stars. The longevity for red dwarf M stars can exceed 100 billion years. K dwarf ages can range from 15 to 45 billion years. And, our Sun only lasts for 10 billion years. Red dwarfs make up the bulk of the Milky Way’s population, about 73%. Sunlike stars are merely 6% of the population, and K dwarfs are at 13%. When these four variables are balanced, the most suitable stars for potentially hosting advanced life forms are K dwarfs, sometimes called orange dwarf stars. Credit: NASA, ESA, and Z. Levy (STScI).

Enter KOBE, standing for K-dwarfs Orbited By habitable Exoplanets. This is a survey, introduced by Lillo-Box and team, that monitors the radial velocity of 50 pre-selected K-dwarfs using the CARMENES spectrographs mounted on the 3.5m telescope at the Calar Alto Observatory in southern Spain. Given the capabilities of the instruments and planet occurrence expectations, the team believes it will find 1.68 ± 0.25 planets per star, with about half of these likely to be planets in the habitable zone.

The choice of K-dwarfs is interesting in various ways. I’ve focused on this class of star recently because while G-class stars like the Sun offer obvious analogies to our own Solar System, their size puts habitable zone orbits far enough from the star that a radial velocity campaign to detect them takes years. Bear in mind as well that, as I learned from this paper, G-class stars produce a lot more stellar noise than K-dwarfs, making detections more problematic, even with instruments like ESPRESSO.

With M-dwarfs as well, we run into intrinsic problems. They tend to be active stars, so that working at the levels needed to detect habitable zone planets likewise means extracting data from the noise (not to mention the effect of flares on potential habitability!) We’ll continue to put a lot of emphasis on M-dwarfs because with habitable zones closer to their smaller stars, any planets there are quite detectable, but given the advantages of K-dwarf detection, an effort like KOBE is well justified.

The authors make the case this way:

K-dwarfs have their HZ located at longer periods (typically 50–200 days), where planets can have their rotation and orbital periods decoupled, thus allowing the planet to have day-night cycles. Stellar activity and magnetic flaring is dramatically diminished for stars earlier than M3 and specially in the late K-type domain… Consequently, habitability is not threatened by these effects as much as it is in the HZ planets around M dwarfs. Besides, unlike in M-dwarfs, we can derive, in a standard way, precise and reliable stellar parameters, as well as chemical abundances that are relevant to a proper characterization of the planets and the star-planet connection…

Indeed, K-dwarfs show UV and X-ray radiation levels 5 to 50 times smaller when they are young than early M-dwarfs, an interesting point re habitability prospects. And as the authors note, this type of star offers ‘the best trade-off’ to detect biosignature molecules through direct imaging using next-generation space observatories.

So I’m all for KOBE and similar efforts that may arise to populate our catalog of habitable planets around this interesting kind of star. Because it focuses on the detection of new worlds in the habitable zone, KOBE rules out stars that have already had exoplanets discovered around them or are highly monitored by other surveys. The effort runs through 2024, and if things go according to expectation, we should wind up with about 25 new planets in the so-called K-dwarf habitable zone desert. 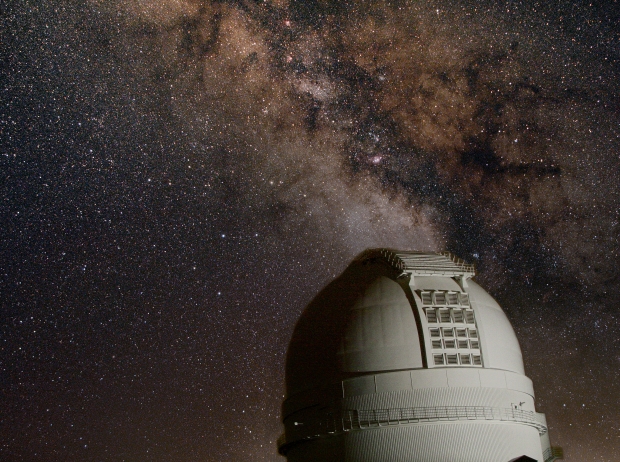 It’s always useful to delve into anomalies that seem to be the result of observational biases in getting a more accurate picture of the systems in the stellar neighborhood. And while it’s a southern sky object and thus out of range of KOBE’s efforts at Calar Alto, I still have high hopes for Centauri B, the closest K-dwarf to Earth…