No one said this was going to be easy. Delays involving the James Webb Space Telescope are frustrating, with NASA now talking about a launch in mid-2020 instead of next year, and the uncertain prospect of a great deal of further testing and new expenditures that could run the project over budget, necessitating further congressional approval. It’s hard to look back at the original Webb projections without wincing. When first proposed, estimates on the space observatory ran up to $3.5 billion, a hefty price tag indeed, though the science payoff looked to be immense. It was in 2011 that a figure of $8 billion emerged; the project now has a Congressionally-mandated cost cap of $8.8 billion.

And now, looking forward, we have Thomas Zurbuchen, speaking for NASA’s Science Mission Directorate, explicitly saying “We don’t really fully know what the exact cost will be…” 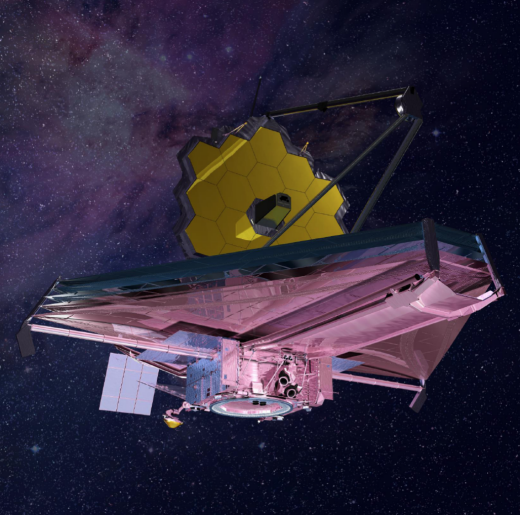 Projects this big invariably take us into the realm of acronyms, with the project’s Standing Review Board (SRB) concluding that further time is necessary to integrate the various components of JWST. But we also learn that NASA is setting up an Independent Review Board (IRB) to complement the SRB findings. The space agency will look at the findings from both boards and consider their recommendations by way of taking us to a more specific launch schedule, with an assessment due in a report to Congress this summer. This NASA news release also talks about “Additional steps to address project challenges include increasing NASA engineering oversight, personnel changes, and new management reporting structures.”

There’s no question about the challenges JWST presents. Its spacecraft element is made up of the huge sunshield (the size of a tennis court), along with the spacecraft bus including the flight avionics, power system and solar panels. The collapsible sun shield must be folded and re-folded during the test process. Eventually it must be mated with the 6.5 meter telescope and science payload. The latter were successfully tested in 2017 at Johnson Space Center, with the telescope element being delivered to Northrop Grumman earlier this year.

Both halves of the observatory are now in the same facility for the first time. Ahead for the spacecraft element is vibrational, acoustic and thermal testing, necessary before the observatory can be fully integrated and pronounced ready for flight. The area of concern is the sun shield and bus, both developed by Northrop Grumman. Contributing to the delay, according to this Lee Billings essay, is a series of tears that appeared on the shield while being tested for deployment. The shield is said to have created a snagging hazard, forcing the addition of springs to prevent it from sagging. Other errors have involved the spacecraft thrusters.

What to do? Northrop Grumman teams are now working on the telescope 24 hours a day, while NASA is calling in the cavalry, as Marina Koren describes in The Atlantic:

Nasa announced some measures they would take at Northrop Grumman’s facility in California, where all of Webb’s parts currently reside. The space agency said they will increase engineering oversight at the facility in Redondo Beach and will track the company’s test reports on a weekly basis. Senior management from nasa’s Goddard Space Flight Center in Maryland, where much of the telescope was constructed, will work out of Northrop Grumman’s offices on a permanent basis. Northrop Grumman’s project manager for Webb will report directly to C-suite level executives at the company “to help remove roadblocks to success within the company,” the officials said.

Northrop Grumman is the prime contractor for JWST, but it appears that deeper NASA involvement in the process is forced by events. Ahead for the observatory is the tough environmental testing of sun shield and bus that the telescope and science instruments have already received. This in itself is a matter of several months, after which JWST can be assembled and tested in final form. The feeling at this end is that JWST has become so expensive, so pivotal in our astronomical roadmap, that it is too big and too expensive to fail.

That means its launch and deployment are going to be fraught with tension. 100 times more powerful than Hubble, JWST will operate 1.5 million kilometers from Earth, meaning that servicing missions by astronauts like Hubble has received will not happen. What would the path forward be if we lost JWST because the complex deployment process failed?

Also worth pondering: What will be the effect of any JWST overspending on the WFIRST mission? The Wide Field Infrared Survey Telescope has had its funding restored and operations continue, but we can’t rule out future attempts to cut the budget or even derail the program entirely. In the realm of technology, WFIRST may prove the easier of the two missions to complete, as this story in Nature points out:

JWST and WFIRST are very different technologically, says Jon Morse, chief executive of Boldly Go Institute, a space-exploration organization in New York City, and former head of NASA’s astrophysics division. JWST involves complex designs that have never been tested before, such as the enormous sunshield. WFIRST will use a well-understood 2.4-metre mirror design that does not require lots of new technology.

“WFIRST is not likely to develop the cost problems of the same magnitude as JWST,” Morse says.

Assuming its operations budget isn’t too severely raided to pay for JWST’s extra costs. By comparison, WFIRST’s own budget cap is a relatively svelte $3.2 billion.