Exoplanets: Accelerating the Pace of Discovery

As we await the launch of the Transiting Exoplanet Survey Satellite, I want to pause this morning to remind everyone of another significant mission: CHEOPS (CHaracterising ExOPlanet Satellite). The decade ahead is going to be an exciting one for exoplanet discovery, given that we have TESS about ready to go, JWST in the pipeline despite its problems, and CHEOPS expected to launch in 2019. Eleven European nations are involved in CHEOPS, a European Space Agency ‘S-class’ mission that will study exoplanetary transits. 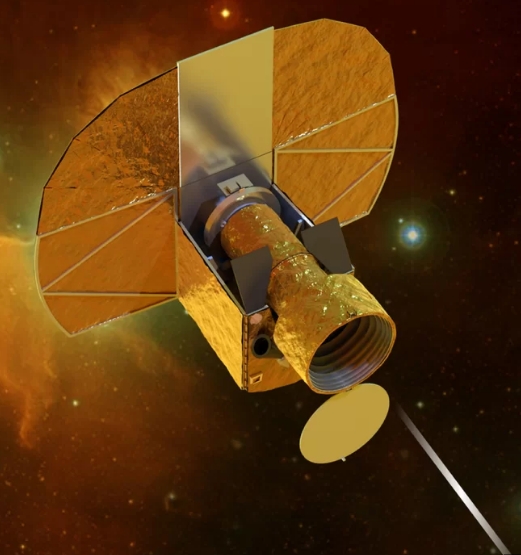 In 2026, we can look forward to ESA’s PLAnetary Transits and Oscillations of stars (PLATO) mission, which will study up to a million stars in search of planetary transits, with the emphasis on rocky planets in the habitable zone. In 2028, we have the ARIEL mission (Atmospheric Remote-sensing Infrared Exoplanet Large-survey) to anticipate (see ARIEL: Focus on Exoplanet Atmospheres). What a run of space-based photometric discovery lies ahead.

We’ve been studying exoplanet transits from space since 2006, when the CoRoT mission launched. CoRoT examined two fields of view, each containing several thousand dwarf stars with magnitudes ranging from 11 to 16. In its five years of operations, the mission discovered, among several dozen exoplanets, a planet designated CoRoT-7b, which turned out to be the first exoplanet identified as having a rocky core.

Kepler expanded the field by measuring brightness variations to an accuracy of order 20 ppm in a single field of view of approximately 100-square degrees, and continues to function in its remarkable K2 extended mission. We’ve been tracking developments in the thousands of Kepler confirmed and candidate exoplanets since the mission began. Now CHEOPS will target bright stars to provide a large sample of small planets with well-measured radii, enough to provide the density information we need as we probe deeper into planet formation and evolution. Both missions will feed prime exoplanet targets to our anticipated JWST.

CHEOPS will use an optical telescope with an aperture of 30 cm inserted into a Sun-synchronous orbit about 800 kilometers above the Earth, with a mission duration of 3.5 years. Synergies between CHEOPS and TESS should be apparent, with CHEOPS delivering precise radius information on targets identified by the earlier mission. The photometric precision CHEOPS achieves should be similar to Kepler’s, while observing brighter stars located anywhere on the sky and targeting small exoplanets already found by radial velocity methods as well as transiting Neptune-class worlds that have been detected by ground surveys.

This morning comes news that construction of CHEOPS has been completed, with engineers from the Center for Space and Habitability (CSH) at the University of Bern packaging the instrument for delivery to Madrid, where it will be integrated to the satellite platform. Airbus Defense and Space in Spain built the satellite platform and will supervise testing of the integrated spacecraft in coming weeks. At the conclusion of various further rounds of testing, the spacecraft will be sent to Kourou in French Guiana, from which it will be launched in 2019 by a Soyuz rocket. 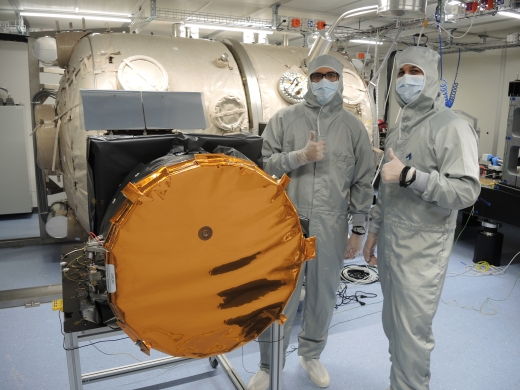 Image: The CHEOPS telescope in the cleanroom of the University of Bern. Credit: Thomas Beck / Universität Bern.

As the first mission designed to follow-up previous planetary discoveries around bright stars, a primary goal is to pick out those exoplanets most suitable for further investigation, particularly those whose atmospheres may be suitable for analysis. Planners hope that CHEOPS will be able to provide radii of unprecedented accuracy in those cases where ground measurements have provided a value for the planet’s mass, allowing the calculation of planetary density. Beyond choosing targets for further spectroscopic analysis, the telescope will also be used to examine Neptune-class planets and study the atmospheres of ‘hot Jupiters.’

With TESS taking the baton from Kepler, CHEOPS to follow, then PLATO and ARIEL, we are looking at all but continual dedicated exoplanet missions into the 2030s, perhaps 30 years from CoRoT through PLATO, as my friend Ashley Baldwin has reminded me in a recent email. Bear in mind that this time period will also see the emergence of the extremely large telescope (ELT) class of instrument on the ground. A golden age of discovery goes into accelerated mode.