‘Oumuamua, SETI and the Media

One of the more important things about the interstellar object called ‘Oumuamua is the nature of the debate it has engendered. Harvard astronomer Avi Loeb’s paper examining it as a possible technology has provoked comment throughout the scientific community, as witness Jason Wright’s essay below. Dr. Wright (Penn State) heads the Glimpsing Heat from Alien Techologies (G-HAT) project, which he described in these pages, and is a key player in the rapidly developing field of Dysonian SETI, the study of possible artifacts as opposed to deliberate communications from extraterrestrial civilizations. Here he looks at the debate Loeb’s work has engendered and its implications not only for how we do science but how we teach its values to those just coming into the field. Jason’s essay was originally posted several days ago on his Astrowright blog, which should be a regular stop for Centauri Dreams readers. 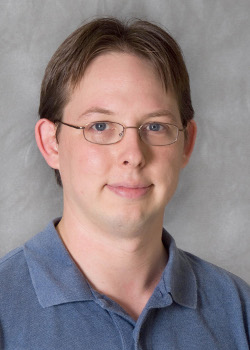 Avi Loeb is the chair of the astronomy department at Harvard, a distinguished and well cited astronomer (he has an h-index of 87), and the chair of the Breakthrough Starshot initiative. He’s a strong proponent of making sure that science doesn’t succumb to groupthink and champion of outré ideas.

He also has been making headlines recently for articles he has co-authored, interviews he has given, and popular media columns he has written about the possibility that fast radio bursts, and now ‘Oumuamua, are artificial in origin. This has created a great deal of buzz in popular culture and a lot of hand-wringing and criticism on social media by scientists who find his actions irresponsible. Many have asked my opinion, so I’m collecting my many thoughts on the topic in this post.

I am happy to defend Avi on these grounds: 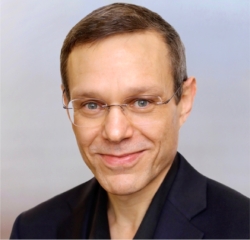 Image: Harvard’s Avi Loeb, at the center of the discussion of ‘Oumuamua. Credit: Harvard University.

Avi wouldn’t be pushing the envelope hard enough if he weren’t getting some pushback, and indeed there is plenty of fair and good-faith criticism that can be made about his approach (not all of which I agree with):

Uh… I'll just say there's some relevant literature for the erosion of comets by the ISM. Also, the literature for lightcurves is pretty extensive. The paper does not attempt to show that a tumbling flat sheet is a non-rejectable fit to the available lightcurve data.

More broadly, let’s look at two threads on Twitter criticizing Avi. I’ll start with this one by Bryan Gaensler:

The problem with aliens as a theory is that if your predictions fail, you can just give your aliens additional new powers and adjust your theory.

Bryan makes the rather Popperian argument that if your model is too flexible then it can’t be falsified, so you’re not doing science. The implication is that since we don’t have a good model for aliens, we can always play the “aliens of the gaps” game and so SETI isn’t good science unless it’s looking for unambiguously artificial signals like narrow-band radio waves.

This argument isn’t as tight as it seems. Most interesting new theories start without concrete predictions—General Relativity was so hard to use that even Einstein wasn’t sure what it predicted (he got the deflection of starlight wrong the first time he calculated it; he wrote a paper saying gravitational waves don’t exist). Theories don’t spring fully-formed from theorists’ heads; many important breakthroughs start with something less than quantitative or precise (“maybe we need to modify gravity”; “maybe there is a new subatomic particle involved”) and let the data guide the theories’ details.

This is the normal progression of science. SETI is no different, and so no less scientific.

Then there is this one, by Eric Mamajek, which I mostly agree with:

1/n "when you have excluded the impossible, whatever remains, however improbable, must be the truth” – it is unfortunate that this Sherlock Holmes quote is being bastardized with respect to knew phenomena like #Oumuamua, #BoyajiansStar, and #FRBs. https://t.co/Iijp10STQj

It’s mostly fine through tweet #9, but then he conflates things in the last tweet using an unwarranted leap of logic.

10/n It does NOT serve science or public well when small num of *scientists* for whatever reason are pulling the "I'm not saying it's aliens, but we can't rule it out quite yet (wink)" for what will inevitably turn out to be mundane astrophysical explanations (e.g.rock, dust, BH)

Up until then he had been criticizing the Holmesian logic of how ‘Oumuamua must be alien because we had ruled out natural explanations. I quite agree with him.

But in the last tweet he jumps to criticizing even bringing up the hypothesis of ETI’s in general, implying that scientists who do are pulling a Giorgio Tsoukalos. (There’s also the assertion at the end such anomalies will “inevitably” turn out to be not just natural, but mundane, which is obviously not strictly true.)

But Tabby and I weren’t pulling a Tsoukalos when we submitted our proposal with Andrew Siemion to NRAO to study Tabby’s Star. We really weren’t. I have clarified the actual events with Eric, so I’m pretty sure that’s not what he meant to imply here, but that is how this tweet reads.

Bryan makes a similar (but softer) implication in his final tweets:

It’s wrong to say “it can never be aliens”. One day it may well be.

• oxygen or chlorophyll in an exo-atmosphere

• anything that’s actually impossible (not just tricky) to produce naturally

We all would! Indeed, it was Avi Loeb who made the suggestion that Breakthrough Listen point Green Bank at ‘Oumuamua [1] because he understands very well that the proof of alien technology is something like the bullets on Bryan’s list.

But the implications of these tweets aren’t just wrong, they’re harmful to the field of SETI. A very plausible path to SETI success will be that we will see something strange (not “Eureka!” but “That’s funny…” as the old fortune quip goes) and eventually, after lots of follow up, we might find the smoking gun, or perhaps it will just end up being a proof by exclusion. As I wrote in 2014:

Artifact SETI can thus proceed by seeking phenomena that appear outside the range that one would expect natural mechanisms to produce. Such phenomena are inherently scientifically interesting, and worthy of further study by virtue of their extreme nature. The path from the detection of a strange object to the certain discovery of alien life is then one of exclusion of all possible naturalistic origins. While such a path might be quite long, and potentially never-ending, it may be the best we can do.

Bryan’s thread and Eric’s final tweet could easily be read to foreclose this sort of research, essentially saying “it’s not worth thinking about the aliens hypothesis until it’s so unavoidable that you’ll get no flak for it” (radio signals à la Contact, the proverbial saucer on the White House lawn, etc.). They certainly make it clear that they won’t hesitate to chastise you on Twitter for going down this road.

But if we want to get to the end of that road, we’ve got to start walking down it at some point, and when the media very reasonably asks what we’re doing so they can report on it to a very understandably curious public, we should be allowed to answer their questions without having our motives (or scientific credibility) questioned by our peers.

In short: your mileage may vary on Avi’s particular style of public communication and conclusions on ‘Oumuamua, but when making your critique please be mindful that you are not slamming the whole endeavor. SETI as a serious science will make hypotheses, explore anomalies, and discuss the possibility of alien technology as the cause, and we need to be able to do so without obloquy from our peers, and without them policing which kinds of SETI we’re “allowed” to work on or talk about in public.

If I seem touchy about this, it’s actually not because I’m smarting from these Twitter threads or anything like that (which I don’t actually disagree with much—in particular I’m friends with Eric and I know I have his respect). As I wrote at the top, I’m glad we’re having this conversation and I hope it continues!

But another purpose of this post is that Avi and I (and other SETI researchers) have advisees that work on SETI and these sorts of messages are not lost on them: these tweets imply that senior people in your field will disapprove of you because of the topic of your research, and they will police what you’re allowed to say to the press, regardless of how good a scientist you are. Keep in mind, “Avi’s” paper on ‘Oumuamua that is being criticized has a postdoc as first author.

So in closing: I pledge to keep the SETI real and well grounded in science, to be responsible in my interactions with the media about it, and to train my students to do the same.

And, I hope my peers will pledge to create a welcoming environment for my advisees as SETI (hopefully!) comes back into the astronomy fold (even when—especially when—they are complaining about Avi).

[Updates: Bryan responds in this thread (click to expand):

In this blog piece, @Astro_Wright takes on the concerns and criticisms raised by me and by @EricMamajek, and does a great job of rebutting / clarifying / expanding / contextualising.

[1] = privately, Bryan clarified to me his tweet was referring to his team’s MWA search for signals, not the search by Breakthrough Listen at Avi’s suggestion, as I suggested in my post. My point that Avi appreciates the importance of dispositive evidence stands, but I should have read Bryan’s tweet more carefully and followed link before critiquing his tweet.]

Also, I’ve changed the language about who suggested that GBT observe ‘Oumuamua; Joe Lazio informs me that the observations were made with WVU time following discussions with Breakthrough Listen that preceded Avi’s recommendation. In spite of both errors on my part in the original post, my point that Avi appreciates the importance of dispositive evidence stands.

Also, Avi touches on his motives in this interview:

But the search for intelligent life remains outside the mainstream. I am trying to change that in two ways. First, by speaking out in the way that I did on ‘Oumuamua.

Previous post: A Disk at an Angle (and a Remarkable View)