Get ready for the Polarimeter to UNify the Corona and Heliosphere (PUNCH) mission, which will begin popping up even as Centauri Dreams continues to consider heliophysics in relation to proposed missions far beyond the Solar System. We’ve seen recently that the Applied Physics Laboratory at Johns Hopkins is looking, under the leadership of Ralph McNutt, at a mission to 1000 AU, using an Oberth maneuver at the Sun as a possible way to reach such distances with a flight time of 50 years (see The 1000 AU Target). Thus do heliophysics and deep space intersect in unexpected ways, and not just at APL but JPL and elsewhere as we look toward the upcoming decadal survey.

As for PUNCH, it’s all about the solar wind and the connection between it and the Sun’s corona, says PUNCH principal investigator Craig DeForest of Southwest Research Institute’s Space Science and Engineering Division:

“For over 50 years, we’ve studied the solar corona by remote imaging and the solar wind by direct sampling. PUNCH will bridge that gap by imaging the solar wind itself as it leaves the outermost reaches of the Sun’s corona.” 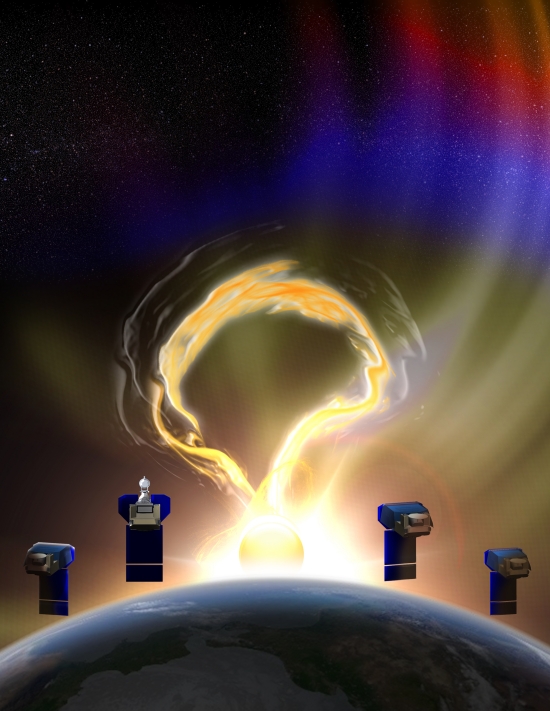 Image: NASA has selected Southwest Research Institute to lead a microsatellite mission to image the Sun’s outer corona. PUNCH proposes a constellation of four suitcase-sized satellites that will orbit the Earth, studying how the Sun’s corona connects with the interplanetary medium, to better understand how coronal structures infuse the solar wind with mass and energy. Credit: Southwest Research Institute.

The four PUNCH spacecraft will orbit the Earth as a constellation in a polar orbit. Aboard one will be a coronagraph whose Narrow Field Imager will watch the Sun’s corona continuously, while wide-angle cameras and Wide Field Imagers optimized to image the solar wind with a 90 degree field of view are aboard the other three. The good news about PUNCH is that it has now passed the System Requirements Review/Mission Definition Review, a major step for this NASA Small Explorer (SMEX) mission.

The spacecraft will be built, along with the Wide Field Imagers, by the Southwest Research Institute (SwRI), while the US Naval Research Laboratory will produce the Narrow Field Imager, with additional contributions from the Rutherford Appleton Laboratory in Oxfordshire, England. The work has continued despite the extraordinary conditions forced by COVID-19. Says principal investigator Craig DeForest (SwRI):

“Preparing for the SRR/MDR review was an unexpected challenge. Team members have been working at home for over three weeks, yet they met the challenge and presented their design in written and oral presentations culminating in the positive decision from our review board. I’m very proud of this team for what they’ve accomplished during less than ideal collaboration conditions. While spacecraft are constructed out of aluminum and exotic metals, they are initially made of requirements documents.” 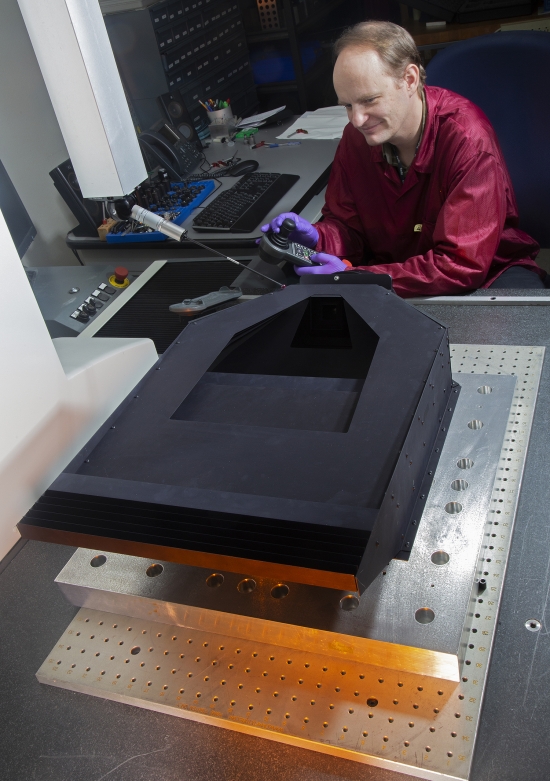 Image: SwRI developed and prototyped the Wide Field Imager for the PUNCH mission. The dark baffles in the top recess allow the instrument to image objects over a thousand times fainter than the Milky Way. Credit: Southwest Research Institute.

A major document requirement has now been passed. Insights into the solar wind are sure to flow from this mission. And from a deep space perspective, a number of concepts have been advanced that would ‘ride’ the solar wind despite its turbulence. More accurate modeling in such studies will surely be an ancillary result from PUNCH, as will improved understanding of conditions near the Sun for future spacecraft on close flybys.