What Can SETI Scholars Learn from the Covid-19 Pandemic?

The pandemic has everyone’s attention, but it’s not too early to ask what lessons might be learned from public response to it. In particular, are there nuggets of insight here into what might occur with another sudden and startling event, the reception of a signal from another civilization? John Traphagan takes a look at the question in today’s essay. Dr. Traphagan is a social anthropologist and Professor of Religious Studies, in the Program in Human Dimensions of Organizations, and Mitsubishi Fellow at the University of Texas at Austin. He also holds a visiting professorship at Waseda University in Tokyo, as well as being a board member of SSoCIA, the Society for Social and Conceptual Issues in Astrobiology. His research focuses on the relationship between science and culture and falls into two streams: life in rural Japan and the culture and ethics of space exploration. John has published numerous scientific papers and several books, including Science, Culture, and the Search for Life on Other Worlds (Springer, 2016). His most recent book, Cosmopolitan Rurality, Depopulation, and Entrepreneurial Ecosystems in 21st Century Japan, was published in 2020 by Cambria Press. This essay is a shorter version of a more detailed paper that is slated to appear in JBIS. 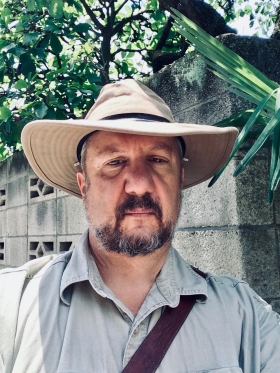 For people interested in the potential outcome of contact with extraterrestrial life, whether intelligent or otherwise, the Covid-19 pandemic is a timely case-study that can help us think through some of the challenges first Contact with ETI or even simple life might present for humans, because it represents a potential existential threat to the entire population of our planet. And that threat has forced governments into actions with widespread social, political, and economic implications up to world-wide depression.

Like the emergence of Covid-19, first contact, in particular, has the potential to set in motion political machinations on the part of nation-states as national security interests are identified. If resources or information associated with contact are considered important to control by governments (see our earlier article On SETI, International Law, and Realpolitik in Centauri Dreams), then unexpected events which threaten global political and economic stability, regardless of the risks associated with contact itself may unfold. Indeed, this has been one of the outcomes of the Covid-19 pandemic in which there was early concern about the potential impact of policy responses to the pandemic and the associated collapse in oil prices. This could easily have led to political instability in already unstable areas of the world such as parts of the Middle East.

In general, successful human response to a pandemic (such as Covid-19) is based on a combination of credible action by governments, strong leadership from international organizations such as WHO, and responsible behavior by nation-states concerned with the well-being of their populations. The same factors apply to contact with extraterrestrial life. In the event of an encounter with life from another world, public safety and health (including mental health) depend on: 1) timely and credible actions by governments where contact is made; 2) clear direction and leadership from international organizations and the scientific community to coordinate a global response; and 3) responsible behavior on the part of governments naturally concerned with protecting parochial national interests.

In the case of non-intelligent extraterrestrial life, such as microbial life, the parallels with the Coronavirus pandemic are obvious, but are still complicated by the fact that we do not know how introduction of an alien microorganism into Earth’s ecosystem would affect life on Earth. But contact with any form of extraterrestrial life presents risks that have the potential to place our species in a position similar to what we are currently facing with Covid-19, which represents a global threat necessitating a global response.

So, what can we learn from the pandemic? There are at least four tactical points to take away from our current situation:

1. Differential values play a significant role in how governments respond to the pandemic, despite the fact that Covid-19 represents a global threat to human life.

2. Each nation-state is largely going it alone in assessing the level of threat and developing appropriate responses to the pandemic based on risk assessments.

3. There has been limited cooperation and some governments have withdrawn from the international political environment or even tried to thwart international organizations such as WHO.

4. Responses to government rules such as wearing masks in public have varied and in some cases been resisted.

The key point to take away from the Covid-19 pandemic for those interested in the potential risks and influences of contact with ETI is that different responses and policies are products of cultural, ideological, and political variations among and within nations of the world. Factors such as population density and socio-economic status also play a significant role in how the virus has spread and how governments and individuals have responded. And structural patterns of social and political life—such as the presence of systemic racism in the US—clearly shape how different people are affected by the pandemic. There is no reason to think contact with ETI would be different.

Culture matters. There are at least three strategic lessons we can draw from this observation:

• The world is unlikely to react as one. Even if it is determined that ETI poses an existential threat to humanity a well-coordinated and unified response to either physical or remote contact with ETI is unlikely, unless significant changes in human political behavior occur.

• Culture will drive state and sub-state response. Cultural variation evident in complex and conflicting value systems will influence nation-states and other groups as they interpret and respond to contact.

• Diversity of perspective, a significant advantage in assessing options, can be a hindrance to unified action. Diverse cultural, political, and economic characteristics that humans display and experience have the potential not only to provide multiple options in responding to contact, but may work against a successful response.

We should be concerned. In the face of potential existential threat, unified and coordinated action is central to successful results—thousands of years of experience with warfare have shown this clearly to be the case. Unless we prepare for the fact of diversity in human responses to contact, rather than being a source of strength and options when facing contact that diversity may work against a coordinated effort.

It would help for the SETI scientific community to move away from the often tacit assumption that humans live and operate within a single, unified (or monolithic) civilization to a concept of both our world and potential other worlds that expects diversity in cultures, interpretations, and likely responses to a contact scenario. Recognition of the potential for contact to stimulate increased conflict and disagreement among human groups—again as is evident in the Coronavirus pandemic—rather than to unify humanity in response to a real or perceived global threat, would represent a good starting point for thinking about protocols for contact.