Centauri Dreams reader Charley Howard recently wrote to ask about how NASA goes about setting its mission priorities and analyzing mission concepts like potential orbiter missions to the ice giants. It’s such a good question that I floated it past Ashley Baldwin, who is immersed in the evolution of deep space missions and moves easily within the NASA structure to extract relevant information. Dr. Baldwin had recently commented on ice giant mission analysis by the Outer Planets Advisory Group. But what is this group, and where does it fit within the NASA hierarchy? Here is Ashley’s explanation of this along with links to excellent sources of information on the various mission concepts under analysis for various targets, and a bit of trenchant commentary. 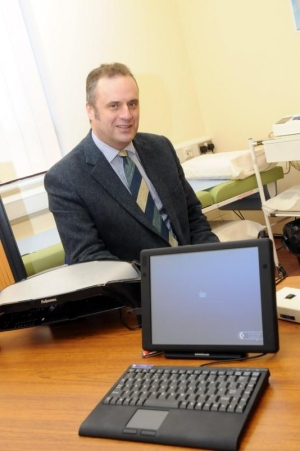 Each of the relevant NASA advisory groups has its own page on the NASA site with archives stuffed full of great presentations. The most germane to our discussion here is the Outer Planets Assessment Group (OPAG). My own focus has been on the products OPAG and the other PAGs produce, though OPAG produces the most elegant presentations with interesting subject matter. Product more than process is my focus, along with politics with a little ‘p’ within the NASA administration, and ‘high’ politics with a big P.

There are a number of such “advisory groups” feeding into NASA through its Planetary Science Advisory Committee (PAC), some of them of direct interest to Centauri Dreams readers::

The relative influence of these groups doubtless waxes and wanes over time, with Mars in the ascendancy for a long time and Venus in inferior conjunction for ages. Most were formed in 2004, with the exoplanet group unfortunately a year later (see * below for my thoughts on why and how this happened).

These groups are essentially panels of relevant experts/academics — astronomers, astrophysicists, geophysicists, planetary scientists, astronautical engineers, astrobiologists etc — from within the various NASA centers (JPL, Glenn, Goddard et al.), along with universities and related institutions. The chairpersons are elected and serve a term of three years. James Kasting, for instance, chaired the exoplanetary advisory group ExoPAG during the first decade of this century.

Each group has two to three full member meetings per year which are open to the public. They have set agendas and take the form of plenary sessions discussing presentations – all of which are made available in the meeting archives, which over the years tell the story of what is being prioritised as well as offering a great deal on planetary science. There are also more frequent policy committee meetings, some of which I have attended via Skype. The PAGs also work in collaboration with other space agencies, the European Space Agency (ESA) and Japan Aerospace Exploration Agency (JAXA) in particular. This all creates technological advice that informs and is informed by NASA policy, which is in turn informed politically, as you would imagine. All of this leads to the missions under consideration, such as Europa Clipper, the Space Launch System (SLS), the James Webb Space Telescope (JWST), the International Space Station (ISS) and the planning for future manned Lunar/Martian landings.

NASA can task the advisory groups to produce work relating to particular areas, such as ice giant missions, and with contributing towards the Decadal studies via a report that is due in March of 2023. On the Decadals: The National Research Council (NRC) conducts studies that provide a science community consensus on key questions being examined by NASA and other agencies. The broadest of these studies in NASA’s areas of research are the Decadal surveys.

So once each decade NASA and its partners ask the NRC to project 10 or more years into the future in order to prioritize research areas and develop mission concepts needed to make the relevant observations. You can find links to the most recent Decadal surveys here.

There is obviously jostling and internal competition for each group to get its priorities as high up the Decadal priority list as possible. Bearing in mind that there is a similar and equally competitive pyramid lobby for astrophysics, earth science and heliophysics.

Each PAG is encouraged to get its members to both individually and collectively submit ‘white papers’ championing research areas they feel are relevant. That’s thousands, so no wonder they need some serious and time consuming collation to produce the final document. This time around it will be Mars sample return versus the ice giants vying for the all important top spot (anything less than this and you are unlikely to receive a once-a-decade flagship mission).

The Planetary Science Advisory Committee, in turn, advises the central NASA Advisory Council (NAC). Its members are appointed at the discretion of and are directly advisory to the NASA administrator on all science matters within NASA’s purview. NAC was formed from the merger of several related groups in 1977, though its origins predate NASA’s formation in 1958.

The Discovery (small) and New Frontiers (medium ) Planetary Science programmes (with “flagship” missions like Clipper effectively being “large,” occurring generally once per decade) each run over a five year cycle, with one New Frontiers being picked each round and up to two Discovery missions chosen. This after short-listing from all concepts submitted in response to “an announcement of opportunity” – the formal NASA application process. The Discovery and New Frontiers programmes are staggered, as are the missions chosen under those programmes, with the aim of having a mission launching roughly on a 24 monthly rolling basis, presumably to help spread out their operational costs.

Both Discovery and New Frontiers come with a set budget cap, the $850-1000 million New Frontiers and $500 million Discovery. However, on top of this they have receive a free launcher (from a preselected list), some or all operational costs for the duration of the primary mission (which without extensions is about 2 years for Discovery like Insight and 3-4 years for a New Frontiers). There are also varying additional government furnished equipment (GFEs) on offer, consisting of equipment, special tooling, or special test equipment.

Sometimes other additional cost technology is included such as multi-mission radioisotope thermoelectric generators (MMRTG). Two have been slotted this time around for Discovery, which is very unusual as MMRTGs are at a premium and generally limited to New Frontiers missions or bigger. There were three on offer for last year’s New Frontiers round but as Dragonfly to Titan only needs one, there were two left over and they only have a limited shelf life.

This Discovery round also has broken with former policy in so much as ALL operations costs are being covered, including those outside of the mission proper (i.e whilst in transit to the target), thus removing cost penalties for missions with long transit times, like Trident to Triton. Even in hibernation there are system engineering costs and maintaining a science team that together add up to several million dollars per year. A big clue as to NASA’s Planetary Science Division’s priorities? I hope so!

The Explorer programme is the Astrophysics Division parallel process, run in similar fashion with one medium Explorer and one small Explorer (budget $170 million) picked every five years, though each programme is again staggered to effectively push out a mission about every two and a half years. There is some talk of the next Decadal study creating a funded “Probe” programme. Such programmes are generally only conceptual, but there is talk of a $1 billion budget for some sort of astrophysics mission, hopefully exoplanet related. No more than gossip at this point, though.

* And here is the ExoPAG bone of contention I mentioned above. Kepler was selected as a Discovery mission in 2003 prior to the formation of ExoPAG, and the rest of the planetary science groups went ballistic. This led to NASA excluding exoplanet missions from future Discovery and New Frontier rounds. Despite the tremendous success of Kepler, this limited ExoPAG to analogous but smaller Astrophysics Explorer funding. These are small- and medium-class, PI-led astrophysics missions, as well as astrophysics missions of opportunity.

Imagine what could have been produced, for instance, if the ESA’s ARIEL (or EChO) transit telescope had been done in conjunction with a New Frontiers budget instead of Astrophysics Explorer. The Medium Explorer budget reaches $200 million plus; New Frontiers gets up to $850-1000 million.