Sometimes it’s helpful to look back at the original intent of a space mission. Extending missions is all about continuing to do good science, and it’s often a major benefit of missions as successful as Voyager. But consider the Voyager parameters when the two craft launched in 1977. The plan: Study Jupiter and Saturn, as well as their larger moons and Saturn’s rings, with spacecraft that were built to last five years.

That primary mission, of course, was completed and led on to Voyager 2’s flybys of Uranus and Neptune, and Voyager 1’s crossing into the interstellar medium, a 40-year mission still returning data. Voyager 2 will make a similar crossing within the next few years. 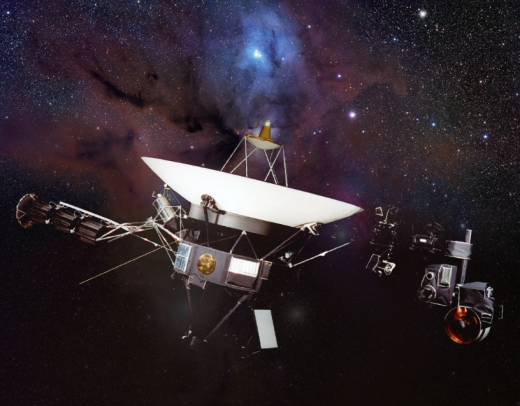 I’ve said a lot about Voyager in this space and have even advocated a final thruster burn for each when the two craft reach the end of their energy supplies, in a purely symbolic trajectory change that would bring them closer to nearby stars than they otherwise would travel (see Voyager to a Star).

This goes back to a Carl Sagan notion that Jim Bell also discussed in his book The Interstellar Age (Dutton, 2015). The two stars in question are Gliese 445 (Voyager 1) and Ross 248 (Voyager 2). Here’s a snip from my essay on the matter:

Carl Sagan and the team working on the Voyager Golden Record wondered whether something could be done about the fact that neither Voyager was headed for another Solar System. Is it possible that toward the end of the Voyagers’ active lifetimes (somewhere in the 2020s), we could set up a trajectory change that would eventually lead Voyager as close as possible to one of these stars? Enough hydrazine is available on each craft that, just before we lose radio contact with them forever, we could give them a final, tank-emptying burn. Tens of thousands of years later, the ancient craft, blind, mute but still more or less intact, would drift in the general vicinity of a star whose inhabitants, if any, might find them and wonder.

As I said, purely symbolic, but I think the symbol is powerful. But someday we’ll be sending craft on long-duration missions with the hopes of delivering more than an ancient, silent relic. We’ll want deep journeys coupled with robust data return. Thus a key question for any deep space travel is the lifetime of a spacecraft, and what a heartening example the Voyagers have set by outlasting their original parameters. Can we really build craft that could return data for centuries on missions as far out as the Oort Cloud, or beyond?

We learn with each new mission, but in terms of Voyager, we’ve just been given another example of how robust even these early spacecraft are. In a move that scientists believe will extend the lifetime of Voyager 1 by two to three years, engineers have fired backup thrusters that have not been used for 37 years. Made by Aerojet Rocketdyne, Voyager’s MR-103 thrusters were highly useful during the Jupiter and Saturn flybys, orienting the craft as they made observations of the planets and their huge number of moons.

The trajectory correction maneuver (TCM) thrusters are located on the back side of the spacecraft, identical to the craft’s attitude control thrusters, but because Voyager 1’s last planetary flyby was at Saturn, there had been no need to use them since November 8, 1980. During the Saturn encounter they were in continuous firing mode rather than the short bursts that the attitude control thrusters normally employ.

On November 28, 2017 engineers fired the four TCM thrusters on Voyager 1 and tested spacecraft orientation changes using 10-millisecond pulses. A wait of 19 hours and 35 minutes followed, reminding us just how far from home (141.3 AU, or 21.1 billion kilometers from Earth as of this morning) Voyager 1 now travels. But the TCM thrusters worked without flaw.

Waking up these thrusters is fascinating in its own right, but it was also a necessary move. The attitude control thrusters on Voyager 1 had been degrading, requiring more firing to achieve the same effect. In any case, Voyager 1 was already using its set of backup attitude thrusters.

But switching to the TCM thrusters to perform spacecraft orientation wasn’t cut and dried. It required unearthing data that hadn’t been examined in decades. Given the amount of time since the original software was written, the Voyager team had to wade into assembler language that is now long outdated. Todd Barber, a propulsion engineer on the mission at JPL, catches a bit of the mood as the news of successful operation finally came in:

“The Voyager team got more excited each time with each milestone in the thruster test. The mood was one of relief, joy and incredulity after witnessing these well-rested thrusters pick up the baton as if no time had passed at all.” 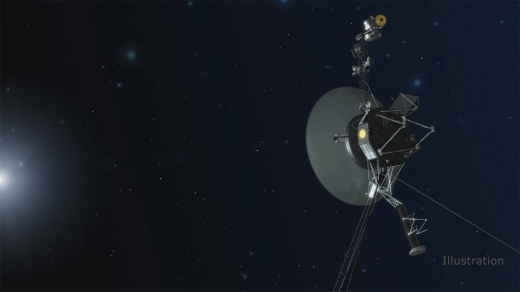 Now that the TCM thrusters have been tested, the plan is to switch to them in January, although there is a price: Voyager 1 will need to turn on one heater per thruster, itself a use of precious power. When the heaters are no longer an option, the plan will be to switch back to the attitude control thrusters. A similar test will probably take place for Voyager 2.

Can we build spacecraft capable of enduring generations as they tackle increasingly distant missions beyond the Solar System? The evidence from the Voyagers is that the idea is realistic. What a tribute to the original engineering of these craft that they are still in the news.